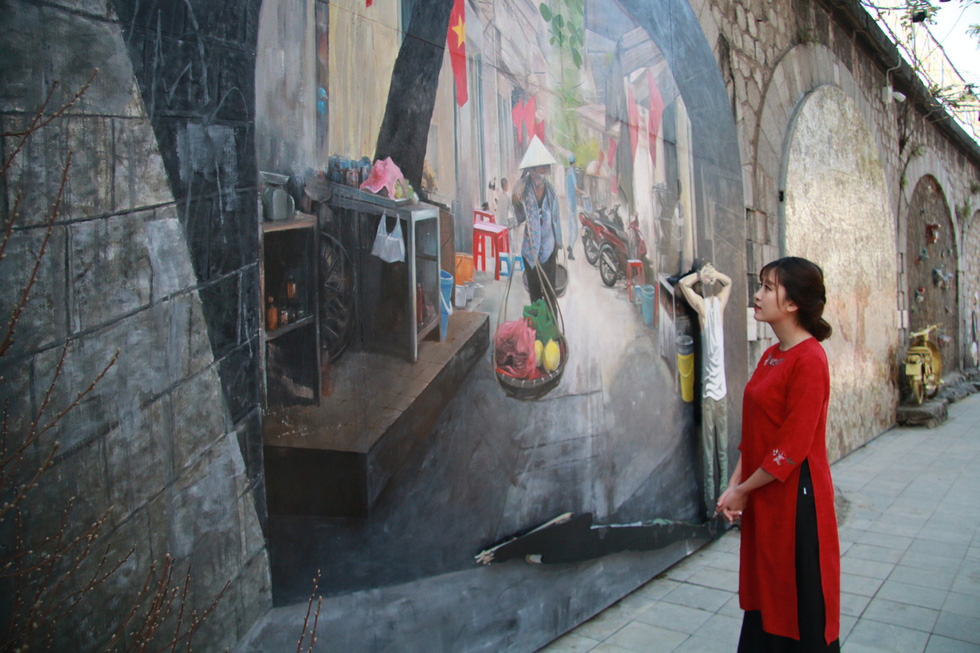 A street decorated with frescos in Hanoi was made available to the public on Friday as an artistic welcome to the Vietnamese Lunar New Year, also known as Tet, which begins in the middle of this month.

Beautiful murals, colorful and monochromatic, have covered the walls along a portion of Phung Hung Street, more than one kilometer long, in Hoan Kiem District.

The works of art are jointly produced by Korean and Vietnamese artists, who embarked on the Phung Hung fresco project on January 3.

Phung Hung Street leads to Dong Xuan (literally translated as Springfield), one of the capital’s largest markets; and runs parallel to a railway viaduct that comprises 127 arches of nearly equal length, on which the mural paintings materialize.

Meant to capture the soul of an age-old Hanoi steeped in Vietnamese history and culture, 17 frescos depict local royal sites and commercial towns.

Tourists and locals flocked to the destination for an eye feast and photos during the first day of the Phung Hung Street paintings display.

The local government has also commissioned decorative patterns on a number of road-side electric cubicles at the intersection of Phan Chu Trinh Street with Ly Thuong Kiet Street in the same district.

Some other streets in the area are expected to receive frescos in the foreseeable future.