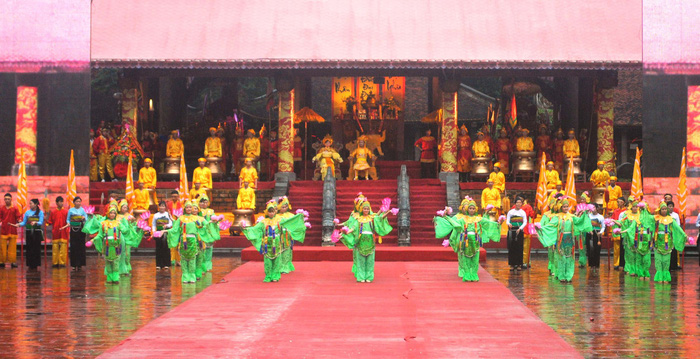 The culture department of Thanh Hoa Province in north-central Vietnam, where hundreds of thousands of families live below the country’s poverty line, has proposed spending over US$4.5 million on events celebrating the 990th birthday of its name.

According to the proposal, submitted on June 12 to the provincial finance department for approval, over VND104 billion ($4.5 million) is needed for a series of celebrations and activities related to the historical milestone.

The culture department declared in their submission that VND82 billion ($3.55 million) is to be earmarked from the state budget and VND22 billion ($950,000) to be raised from the private sector.

Historians agree that the name ‘Thanh Hoa’ was first used in 1029 as an official name for an administrative division in 11th-century Vietnam.

An entire week dedicated to celebrating the birth of its name is expected to begin May 1, 2019 in the province.

Ceremonies commemorating the coronation and death of a Thanh Hoa-born emperor, a historical reenactment of a battle which took place in Thanh Hoa, and a traditional festival with origins dating back hundreds of years will be amongst the week’s highlights.

The costs of organizing a “Thanh Hoa”-themed song-writing contest as well as producing copies of the songs are also included in the proposed spending budget.

“It is just a proposal that we compiled based on spending estimates provided by our subordinate bodies,” said Pham Duy Phuong, director of the provincial Department of Culture, Sports and Tourism.

“Approval from the provincial finance department and administration is still needed,” he added.

Nevertheless, the proposal has attracted heavy criticism since first being reported by state media, primarily for the fact that the such lavish spending might be better spent on helping the province’s residents, some of the country’s poorest.

There were over 128,000 households in Thanh Hoa living below Vietnam’s poverty line in 2016, the highest of all 63 provinces in the Southeast Asian country, according to official numbers from the Ministry of Labor, War Invalids and Social Affairs.

That number equates to approximately 3.5 percent of the provincial population.

In early 2017, the Thanh Hoa administration petitioned the national government to provide more than 650 metric tons of rice from the country’s stockpile in emergency relief for over 15,000 families in the province at risk of starving from extreme poverty.