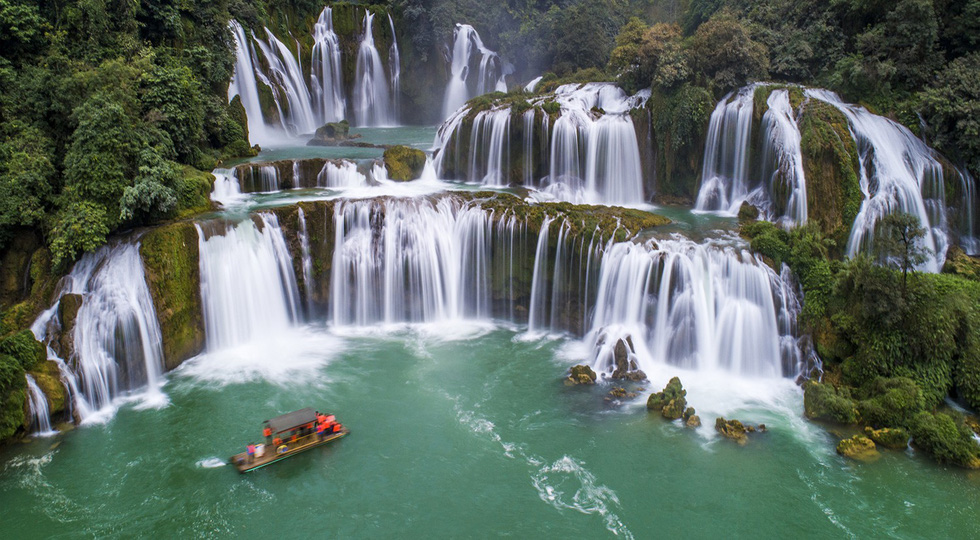 Check out these aerial photos of Vietnam’s Ban Gioc Waterfall

The beauty of the greenish blue waters cascading off Ban Gioc Waterfall, a tourist mecca in northern Vietnam on the border with China, is shown in all its glory in a set of pictures snapped by photographer Nong Thanh Toan.

Toan captured the silky waters pouring down the multi-tiered falls on the Quay Son River by using an extended exposure to help capture the natural elegance of the waterfall along the Vietnam-China border.

While some of the falls lie in the Vietnamese province of Cao Bang, 400 kilometers northeast of Hanoi, others pour water nearly 70 meters from one side of the border to the other.

The best time to visit the waterfall is from September to December, when the water takes on its characteristic greenish blue hue caused by eroded limestone.

Rainbows are also common during this time period as droplets from the water’s surface dangle in the air.

Visitors can also enjoy local delicacies cooked by native ethnic communities and visit the rice and corn paddies, as well as flower fields, flanking the serpentine road leading to the waterfall.