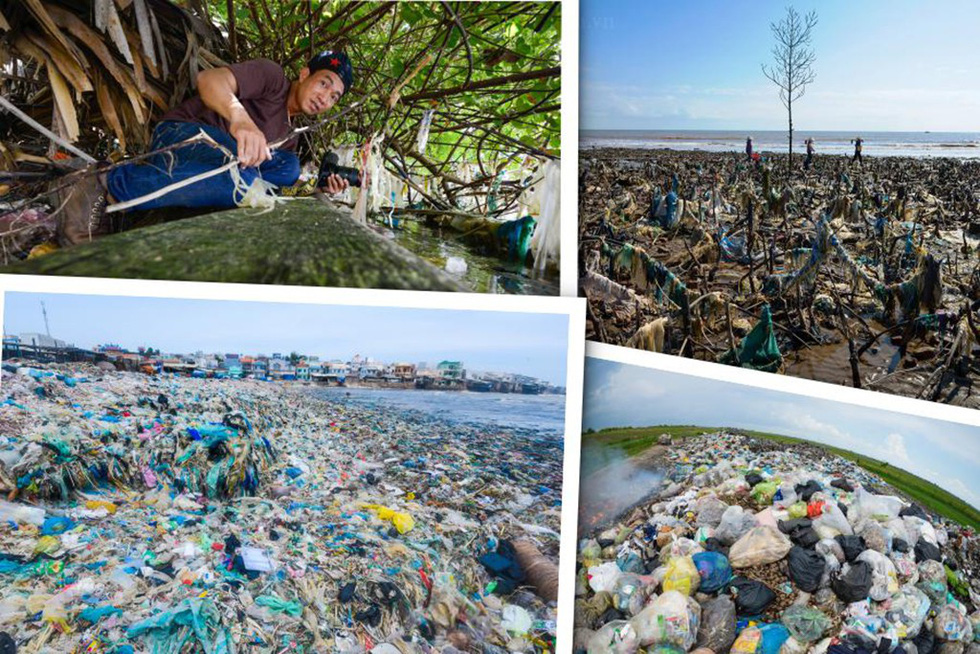 Photographer travels throughout Vietnam to take photos of garbage

A Vietnamese photographer has traveled across the Southeast Asian country on his motorbike to take photos of garbage in a bid to raise awareness of plastic waste and environmental pollution.

Nguyen Viet Hung, a 42-year-old photographer from a photography training center in Hanoi, began his journey on August 28, 2018 and completed it in December of the same year.

Hung traveled nearly 7,000 kilometers, including 3,260 kilometers along the coastline of 28 provinces and cities, on his motorbike.

He started his trip with a journey from Hanoi to Ninh Binh Province, before going along the country’s north-to-south coastline to Ca Mau Province, then Kien Giang Province and the Vietnam-Cambodia border.

Hung then rode to Ho Chi Minh City, where he caught a flight back to the capital. He also had his vehicle transported back to Hanoi.

The photographer did not spend time visiting the famous destinations of each locality, but instead heading toward landfills, waste treatment plants, and garbage-filled beaches.

“I read news about plastic waste and warnings about two years ago and was vexed by the alarming statistics in Vietnam,” Hung said.

“I thought I should do something within the reach of my expertise to raise awareness of the issue.”

Hung took a lot of photos featuring garbage during his trips and posted them on his personal Facebook account, along with stories about local people and their daily life.

“I’ve been to beaches filled with trash, mostly plastic bags and objects, in Binh Thuan Province. There was no recycle bin and residents just dumped their garbage into the seas, rivers, and canals,” he recounted.

In the north-central province of Qung Binh, residents and even children join hands to pick up trash along beaches every week, thus the beaches here are cleaner.

They, however, left the garbage along coastal roads due to the lack of vehicles specializing in collecting waste, according to the photographer.

Hung said he had spent a year prior to his trip learning more about plastic waste, so he could pick the best angle and shoot photos that can tell stories.

“Some people told me that my works would not make any change, but I was undeterred,” he elaborated.

The photographer is expected to organize an exhibition of these photos in June, hoping the images can reach a wide range of viewers and help raise public awareness of environmental pollution and protection.