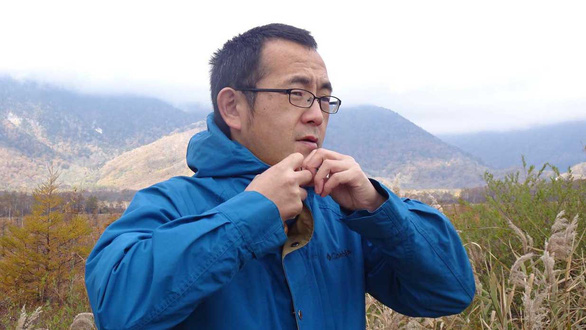 While Vietnam continues to debate whether or not to preserve or tear down old buildings, a project undertaken by a Japanese man in the early 2000s to document over 1,200 churches in Vietnam serves as an important reminder that history cannot be erased.

Dr. Tomoharu Katano was a doctoral fellow when he conducted a field trip across the northern Vietnamese provinces of Nam Dinh, Ninh Binh, and Thai Binh between June and November 2007 to document churches in the northern region.

The six-month expedition, and another one he made in January 2009, took him to 1,224 churches in the three provinces, belonging to some of Vietnam’s largest and oldest Catholic dioceses.

On rented motorbikes, Katano’s mission was to access churches in even the most remote of places in order to photograph exterior and interior of each building he visited and map their location into a GPS coordinate system.

Katano shared that he found it astounding that, with such an immense number of churches, Vietnam had no systematic scientific research on the religious buildings’ unique architectural value.

For the next four years, Yukimasa and his peers worked under the instruction of Dr. Yamada Yukimasa to pursue a thesis that examined 69 of the churches more closely.

The team received funding from the Japan Society for the Promotion of Science as well as support from the three Vietnamese dioceses of Bui Chu in Nam Dinh, Phat Diem in Ninh Binh, and Thai Binh in the namesake province.

They were joined by researchers from the Hue University of Sciences in the project’s second phase, which concluded in 2018.

All data collected from the research has been sent to Vietnam’s Department of Cultural Heritage and the local culture departments of Vietnamese provinces where the churches being studied are located.

Dr. Katano said he found it fascinating that these Vietnamese churches are supported by a system of wooden columns and truss, similar to those found in local pagodas, but the front of these buildings are built from bricks with hints of Europe’s Gothic or Romanesque architecture.

This hybrid between Vietnamese and Western architectures is unique to churches in Vietnam and a particularly interesting feature of architecture in the region.

The high density of churches in Nam Dinh, Ninh Binh and Thai Binh also adds an invaluable cultural landscape to the region, he said, adding that it could a tourist magnet if given proper though and investment.

Revenue from tourism can then be spent on conserving these heritages, the Japanese expert suggested.

Last month, the 134-year-old Bui Chu Cathedral in Nam Dinh – home to a namesake diocese with over 412,000 Catholics – was on the verge of being disassembled completely for reconstruction.

It was only days before work was set to begin that the plan was indefinitely put on hold due to public backlash.

Bui Chu is the oldest Roman Catholic diocese in Vietnam, founded in 1533 during the first wave of European missionaries who visited the area in order to proselytize.

“We [Japan] also had a period of blindly destroying heritages, but we have realized our mistake and are trying to fix it,” Dr. Katano said.

“I hope Vietnam will not repeat our mistake. You still have time to protect your rich treasure of architectural heritage.”