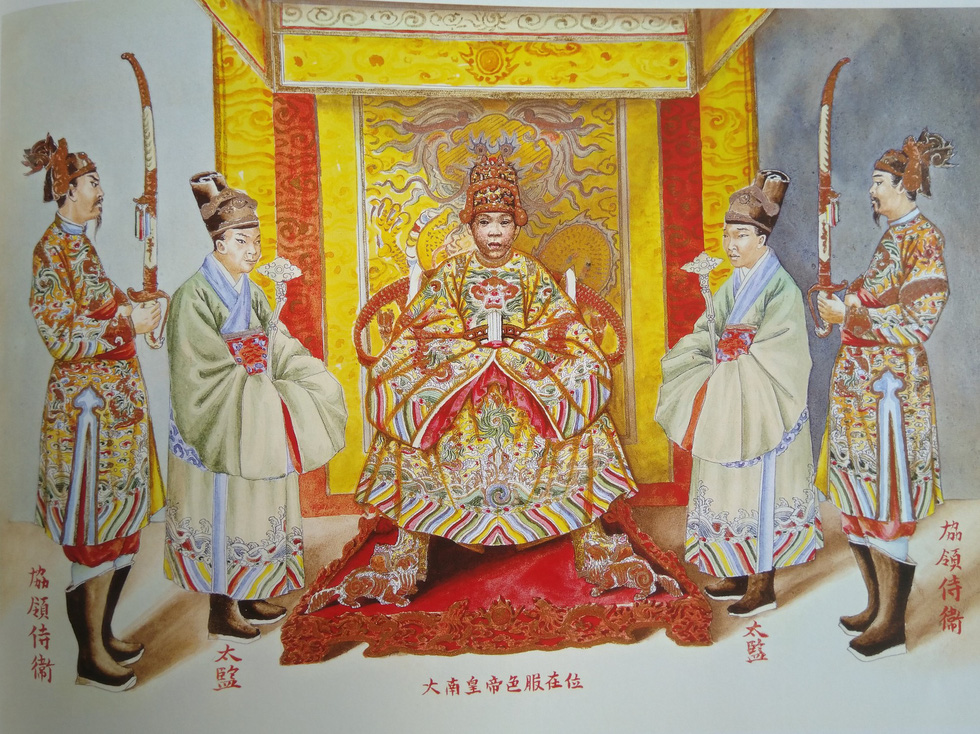 A Vietnamese researcher has recounted multiple years' worth of effort to make a book on royal costumes during Vietnam’s last monarchy, particularly underlining the importance of a crucial source of material, without which his work would not have been possible.

The book, hailed as an in-depth, comprehensive work of research, provides pictures and information on a wide variety of courtly costumes donned by kings, queens, the royal family, mandarins, maids, and soldiers in everyday life and on ceremonial occasions during the said period.

Nearly five years after the publication of his book, the Vietnamese researcher has shared in a recent interview with Tuoi Tre (Youth) newspaper how he was able to finish such a complicated and demanding work, despite a years-long hiatus.

A gift that changed everything

According to Son, he had planned on compiling such a book for years, but the lack of information and artifacts to go around for illustrations held him back from ever getting started.

In 2009, the researcher had a stroke of luck when one of his friends in France gifted him a CD containing a set of rare paintings of the Nguyen Dynasty.

The paintings, drawn in watercolors and colored powders with a combination of photorealism and Western art techniques by Nguyen Van Nhan in 1902, realistically depict in great detail the courtly costumes in a wide range of ranks, materials, and designs.

Two years later, Son heard of the news that the original version of the hundred-year-old painting collection was offered for sale in the U.S.

“The paintings are of great importance to historians and historical filmmakers, and also of high value to the re-creation of the Nguyen Dynasty kings and court sessions by the Hue Relic Preservation Center, which seeks to provide authentic materials to interested visitors, particularly foreigners,” he noted.

The set can also be an important reference tool for fashion designers, particularly those working on the design of the Vietnamese national costumes, which requires solemnity and cultural identity, according to Son.

But the digitized copies of the paintings, stored in the CD Son got from his friend, were more than enough for the researcher to complete his long-planned book.

The Vietnamese researcher said he had also used references from an ancient book compiled in the mid-18th century, which contains notes on making dresses and hats for the royal family and court during the Nguyen Dynasty.

In May 2014, he successfully published the book “Nguyen Dynasty’s Vietnamese Royal Costumes."

“My book wouldn’t have been completed without the gift from my friend, an antique expert in France,” Son said upon the publication of his book.

According to Son, Nguyen Van Nhan might be born between 1830 and 1840 in Hoai Duc District of the then-Hanoi Province under the reign of King Minh Mang, the second emperor of the Nguyen Dynasty. During this time, Vietnam’s capital was located in the central city of Hue.

Nhan was believed to have held several positions in the Nguyen court including designer in charge of royal paintings and editor in the Imperial Hanlin Academy, or the royal academic and administrative institution.

Below are some photos of Nguyen Dynasty’s royal costumes from the book “Dai Le Phuc Viet Nam Thoi Nguyen."