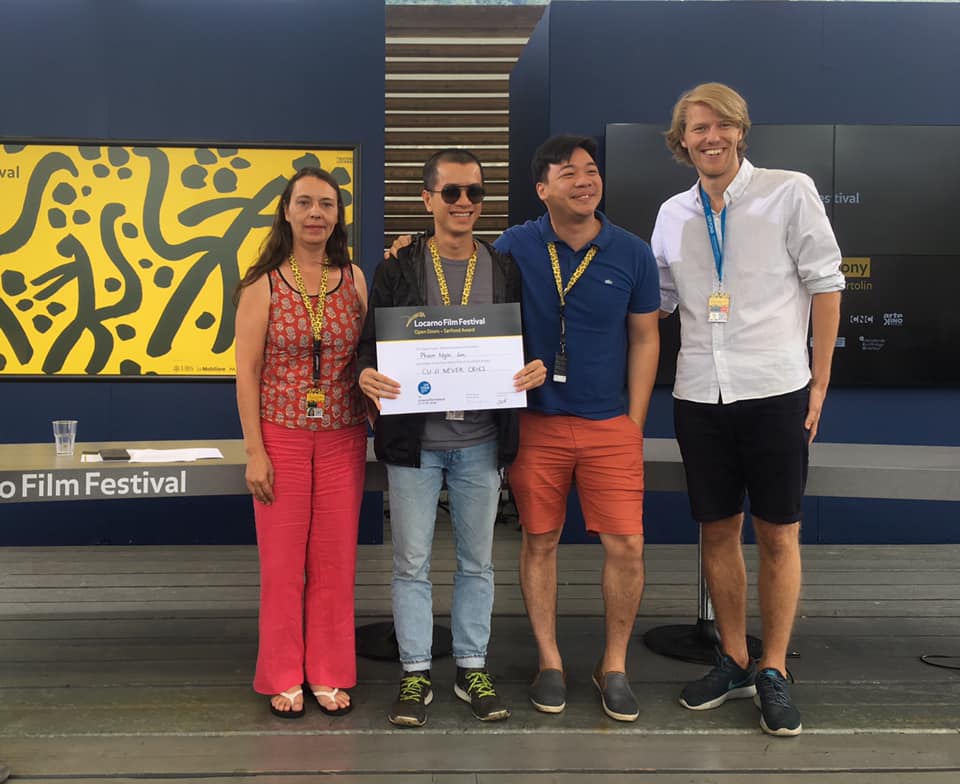 Vietnamese films and movie producers have grabbed prizes during a sidebar program at the ongoing 2019 Locarno Film Festival in Switzerland.

All of the above awards were handed as part of Open Doors, a side section of the 72nd edition of the annual international film festival that is taking place in the Swiss city of Locarno from August 7 to 17.

The winner of the Sorfond prize will be able to take part in the Norwegian film fund’s “Pitching from the South” platform in Oslo in November, while Rotterdam Lab Award offers the winner an opportunity to join the Rotterdam Lab 2020 training workshop in the Netherlands.

In the meantime, the Le Moulin d'Andé-CECI Award, which honors emerging directors of full-length films, provides a screenwriting residency, or a stay at a designated location for the winner to find inspiration to further develop a feature project.

The short revolves around Lady M., a blue-collar retiree in Vietnam, whose process to embark upon a journey retracing her memories after the death of her estranged German husband evoked Vietnam’s storied past.

First held in 2002, Open Doors is a Locarno Film Festival sidebar aimed at assisting directors and producers from countries where independent filmmaking is vulnerable.

From 2019 until 2021, the section is focused on the cinematographic landscape of Southeast Asia and Mongolia.

Also at the festival in Switzerland, Vietnamese producers Truong Minh Quy and Nguyen Hoang Diep had their respective works, The Tree House and Flapping in the Middle of Nowhere, screened at two different workshops, Open Doors Lab and the Open Doors Screenings, on Wednesday and Thursday, respectively.

Founded in 1946, Locarno Film Festival is one of the longest-running film fests, and is also known for being a prestigious platform for art house films.

The festival, held every August in Locarno, screens films in various competitive and non-competitive sections, including feature-length narrative and documentary, short, avant-garde, and retrospective programs.