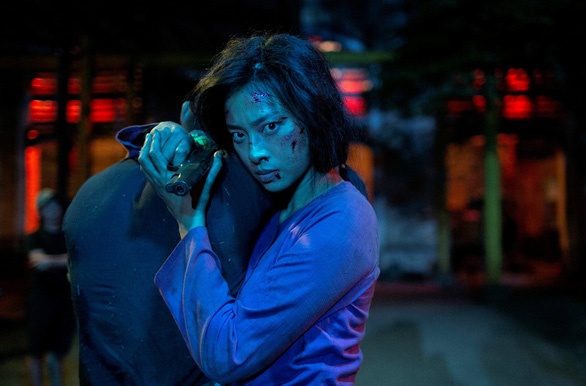 Vietnamese box-office hit Hai Phuong (Furie) has been selected as Vietnam’s entry for the best foreign film award at the 2020 Oscar race.

The 2019 thriller/action film, which won votes in a secret ballot conducted by the Vietnam Cinema Department under the Ministry of Culture, Sports and Tourism on September 17, was officially submitted to the 92nd Academy Award for Best Foreign Language Film next year.

The film, starring Veronica Ngo as an ex-gangster who tries to lie low in the countryside after giving birth, but her violent past comes back to haunt her when her daughter is kidnapped, grossed more than VND200 billion (US$8.68 million) just one month since its premiere on February 22.

Furie was released in the U.S. on March 1, becoming the first-ever Vietnamese film to hit American theaters. It was also screened in Canada and China.

The action flick by Vietnamese director Le Van Kiet was available for streaming through Netflix in over 100 countries from May 22.

The Academy Award for Best Foreign Language Film is one of the awards handed out annually by the U.S.-based Academy of Motion Picture Arts and Sciences to a feature-length motion picture produced outside the U.S. with a predominantly non-English dialogue track.

Members of the Academy will vote in secret ballot to nominate five foreign language motion pictures for this award, the winner of which will be announced during a televised broadcast on February 9, 2020.

Vietnam has made 16 submissions for this award over the last 26 years, but only one movie was nominated - Mui Du Du Xanh (The Scent of Green Papaya), a 1993 film by Vietnamese-French director Tran Anh Hung.

Vietnam’s entry for the best foreign film award in the 2019 Oscar was Co Ba Sai Gon (The Tailor), a 2017 Vietnamese film that also stars Veronica Ngo.

But the film failed in this category.