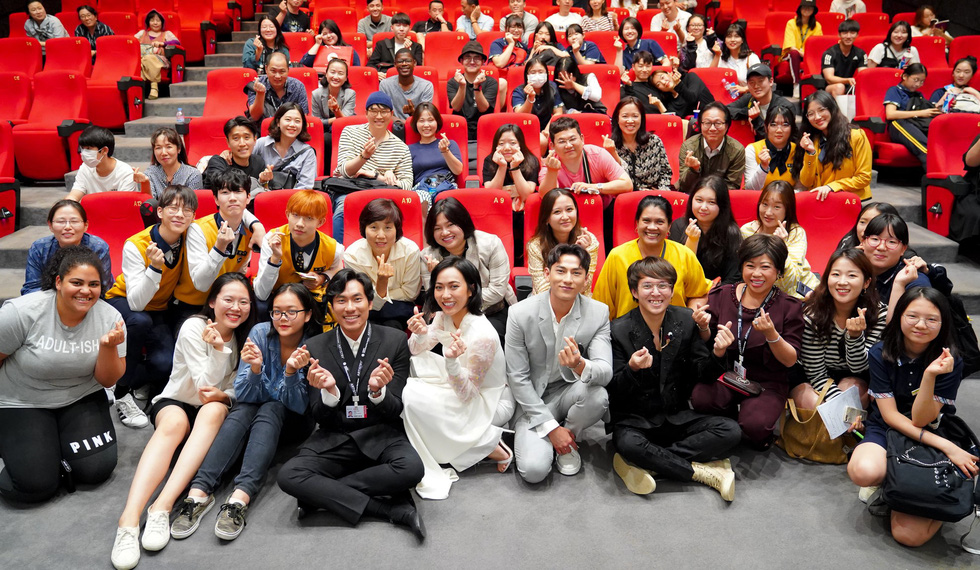 Cinemas are often packed during the screenings of Vietnamese flicks at the ongoing 2019 Busan International Film Festival (BIFF) as praise is given to entries from Vietnam this year, Tuoi Tre (Youth) newspaper’s Mi Ly reports from South Korea.

Around 300 films from 85 countries and territories are shown at the 24th edition of the BIFF, which runs from October 3 to 12 in Busan, South Korea’s second-largest city.

Vietnam has five entries at the 2019 BIFF with a total of 15 screenings, three for each.

Four of them – Thua Me Con Di (Goodbye Mother), Anh Trai Yeu Quai (Dear Devil Brother), Bac Kim Thang (Home Sweet Home), and Bi Mat Cua Gio (Secrets of the Wind) – are shown under ‘A Window on Asian Cinema,' a section for the latest and most talked-about films of Asian directors.

The fifth, Rom, competes in New Currents, a competitive section of the BIFF for Asian films.

The film remains in competition although its producers have previously filed to have it withdrawn following run-ins with Vietnamese authorities over licensing issues.

All screenings of Vietnamese films at BIFF so far have attracted a healthy crowd to cinemas, with some screenings leaving no seats unfilled.

Fans, including Vietnamese and foreigners, would linger after each screening to take photos with the movies’ cast and crew, and ask for autographs.

“I came here out of curiosity, but the film surprised and amused me with the hidden meaning behind its English and Korean titles,” said Thanh Truc, a Vietnamese study-abroad student in South Korea, after seeing Home Sweet Home.

Thuy Dung, another Vietnamese student, said she had traveled five hours by bus from Seoul to Busan to attend the screening of Home Sweet Home.

“I’ve lived in South Korea for a while, and there aren’t many opportunities to watch Vietnamese movies here,” Dung told Tuoi Tre.

Lanh Thanh, who plays the male lead in romantic drama Goodbye Mother, won the festival’s Rising Star Award for his portrayal of Van, a gay man struggling with prejudice and familial expectations as he brings home his boyfriend from the United States.

The Busan International Film Festival, held annually since 1996, is one of the most significant film festivals in Asia.

The focus of the BIFF is introducing new films and first-time directors, especially those from Asian countries, according to the festival’s website.