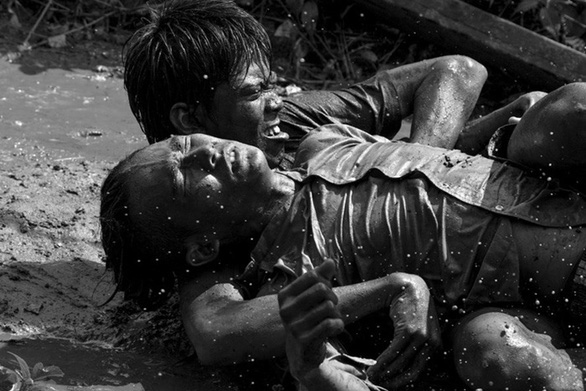 Vietnamese drama film 'Rom,' which was honored with the top award at the Busan International Film Festival (BIFF) last week, has been slapped with a heavy administrative penalty for joining the fest without first acquiring a screening license at home.

The Ministry of Culture, Sports and Tourism on Monday imposed a VND40 million (US$1,720) administrative fine on Hoan Khue Film Production JSC (HKFilm) - the production company behind ‘Rom.'

The culture ministry also gave the company ten days to destroy the film copy it sent to BIFF, or authorities will coercively enact “spoliation of the evidence."

‘Rom’ is a coming-of-age drama revolving around the story of a young bookie in bustling Ho Chi Minh City, where he tries everything he can to help the residents of an old apartment complex keep their homes and fulfill his dream of finding his parents.

According to a source close to Tuoi Tre (Youth) newspaper, the film was not licensed for screening in Vietnam as HKFilm failed to edit out some violent scenes as per the request from a national film evaluation council.

Despite lacking a screening license, the production company sent the unabridged version of ‘Rom’ to Busan instead of completing the edit work as required and seeking re-evaluation from Vietnamese authorities, according to the source.

Although the Vietnamese culture ministry then requested that the film be withdrawn from the festival, it was still shown at BIFF and eventually shared the festival’s prestigious New Currents Award with Iraq-Qatar co-production ‘Haifa Street’ in a ceremony last Saturday.