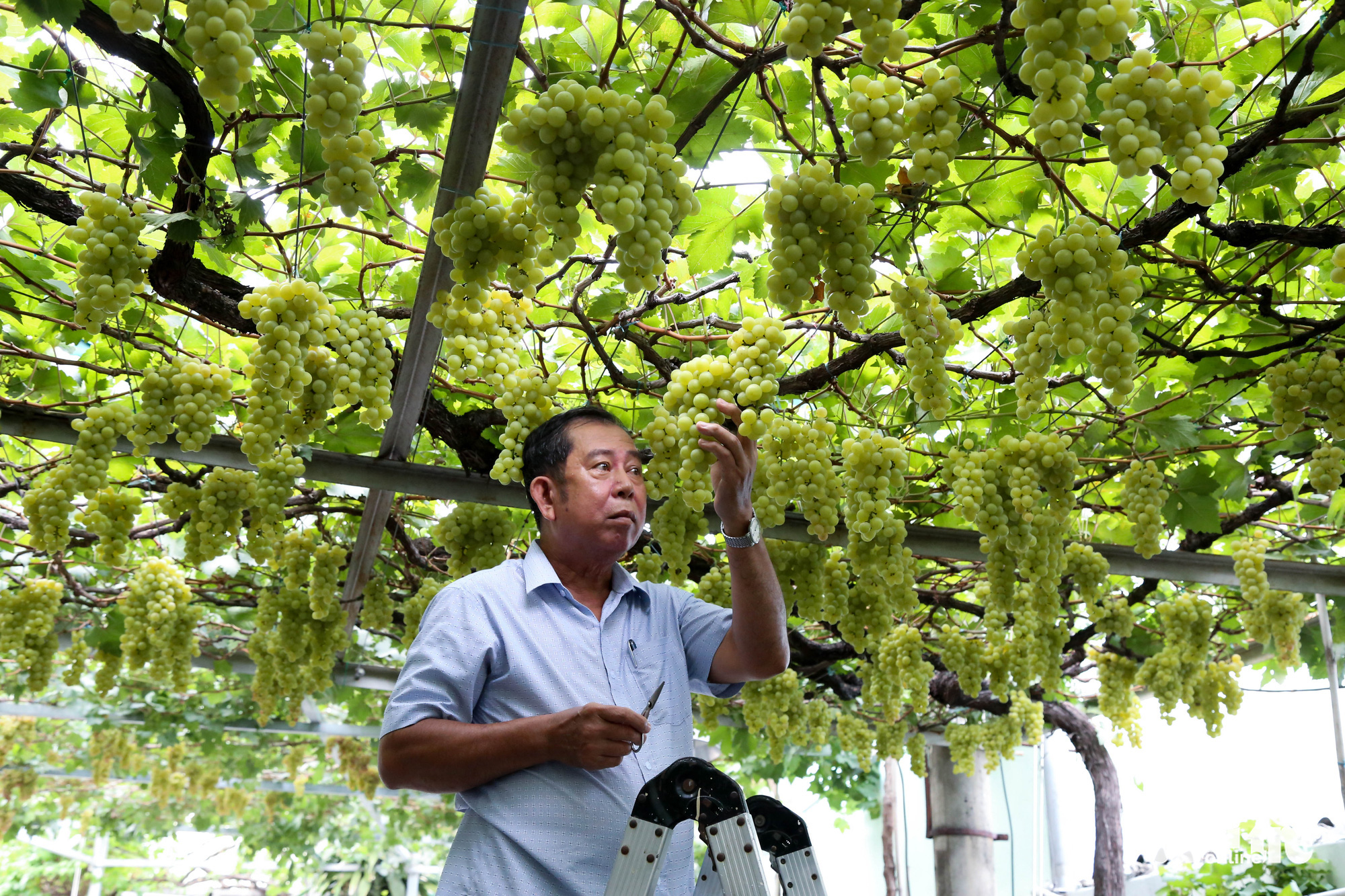 A retired Vietnamese man without any farming experience has successfully grown more than twenty grapevines at his home in Ho Chi Minh City, harvesting up to one metric ton of the fruit annually.

That is the inspirational story of Truong Van O, a grape grower living in Phuoc Long Ward in the city's outlying District 9.

O said he brought home two grapevines after a trip to Ninh Thuan, a grape-growing province on the south-central coast of Vietnam, but only one vine survived.

He then spent years teaching himself to nurture the surviving vine and cross-pollinate it to create a variety that could thrive on Ho Chi Minh City soil and in the local climate.

“When I first started out, I didn’t have a lot of experience in the field. That’s why my grapevines bore fruits that were as small as peppercorns and tasted very sour,” O recalled.

“I looked for information on the Internet and tried to cross the Ninh Thuan variety with a wild vine. The result turned out surprisingly good,” he added.

Climate plays a significant role in growing grapevines, O said. The plant grows well in areas with a hot climate and low rainfall and humidity.

He waters the vines daily but only fertilizes them every 20 days. Pruning is also crucial to help the vines bear more fruits, O said.

After enjoying some initial success, O decided to propagate new vines by layering.

O’s grapes are selling like hot cakes because of their light sweet taste and pesticide-free cultivation.

“I think it’s good to have more grape gardens like this [in the city]. These vines can be grown on the rooftop [of a house] or anywhere, creating more urban green space,” said Tran Hoang Phuoc, a resident in District 9 who recently visited O’s garden.

O said he is willing to share the techniques of growing grapes in Ho Chi Minh City’s climate with anyone who wants to create their own vine garden at home.