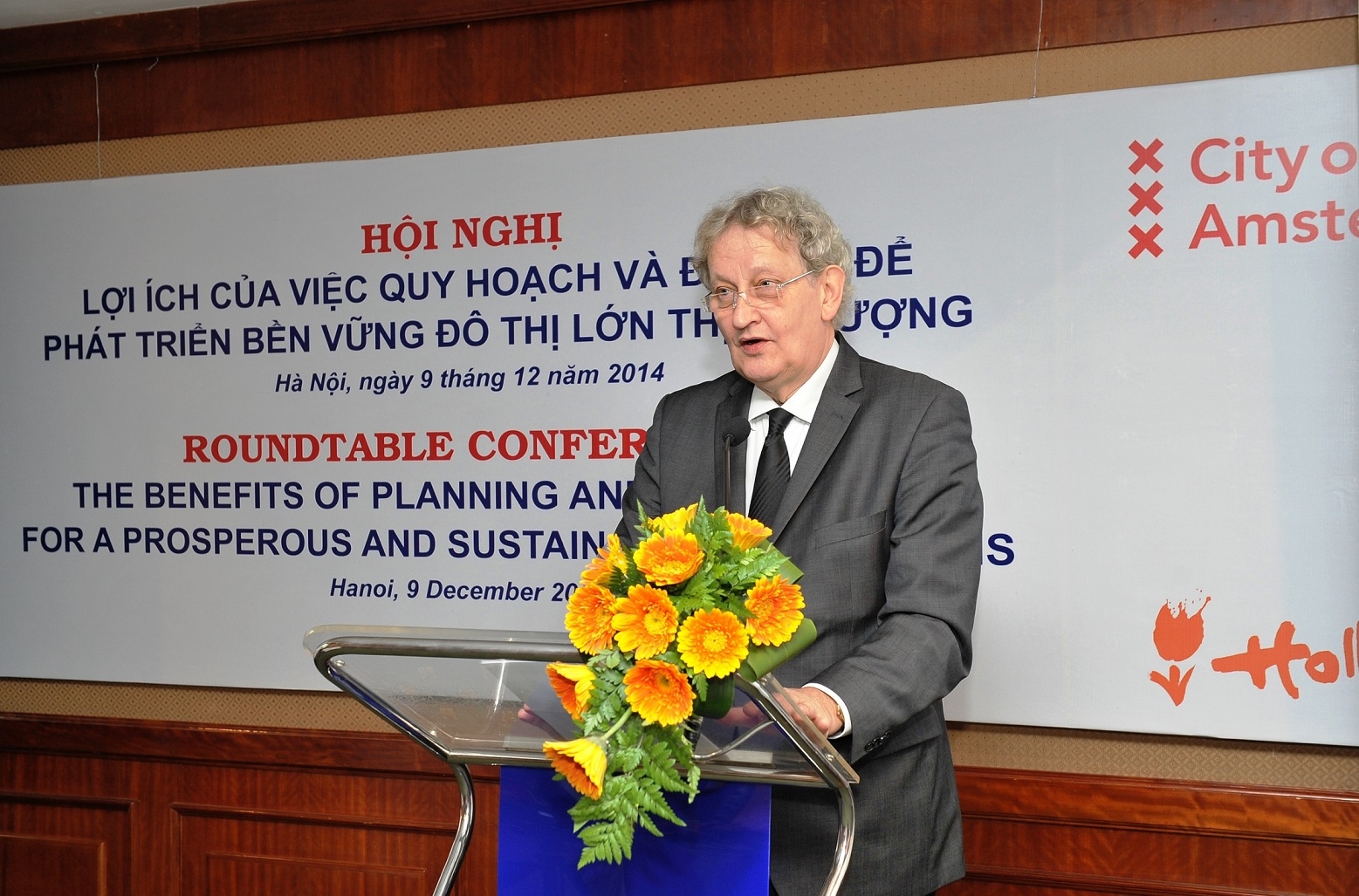 Eberhard van der Laan, Mayor of Amsterdam, highlighted the two countries’ engagement in deeper cooperation in various fields including green metropolitan solutions during his visit to Hanoi, according to a press release on Monday.

The mayor led a business delegation to Hanoi from Monday to Thursday.

These “green metropolitan solutions” can be beneficial for both Hanoi and Amsterdam because the two cities confront similar challenges regarding climate change and economic growth. Learning from each other is crucial to further sustainable development, the release pointed out.

“It is important that growth and urban development are planned well,” Mayor Van der Laan mentioned in his keynote speech.

“Traffic, water and pollution. If a city fails to get these areas right, it will threaten the city’s most important condition for prosperity:  its attractiveness to people and businesses.”

A Memorandum of Understanding will be signed between the Mayor and chair of the Hanoi People’s Committee.

Chairman of Hanoi’s People’s Council meets the Mayor for the second time this year after her visit during the Vietnam Days in the Netherlands in September.

In Hanoi both leaders will discuss ways to build prosperous and livable cities.

Vietnam and the Netherlands enjoy close diplomatic ties, which will be the topic of a meeting with Deputy Prime Minister Hoang Trung Hai, who also paid a visit to Amsterdam recently.

An exhibition on Anne Frank will open tomorrow, December 10, at Hanoi’s Amsterdam High School of the Gifted.

Mayor Van der Laan will talk with the students on the heritage of Anne Frank’s war diary and relates the message of peace to the story of Vietnamese martyr doctor Dang Thuy Tram.

Later that day the Mayor will also speak with alumni who studied in Amsterdam or studied urban planning in the Netherlands.

Around 120 Dutch companies are active in Vietnam.

ASEAN can work together more closely, respond to problems more effectively, and work toward regional prosperity as well as development in a free and peaceful environment