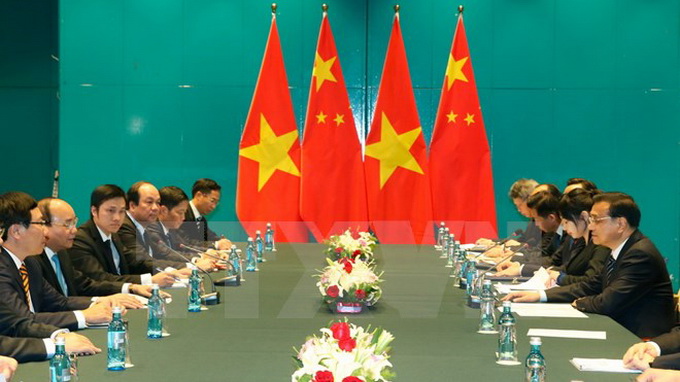 HANOI, July 18 -- Vietnam dismissed as "untruthful" reports carried in Chinese state media that said its prime minister respected China's stance on an arbitration ruling over the East Vietnam Sea, the latest sign of regional discord over the landmark verdict.

China has refused to recognise last week's ruling by an arbitration court in The Hague, which invalidated its vast claims in the East Vietnam Sea. China has said its position has support from numerous countries and has responded with fury to western calls for it to abide by the decision.

The Vietnamese government's news website said on Monday articles by several Chinese outlets, which quoted Phuc as telling Li that Vietnam respected China's stance and was willing to promote bilateral talks, were incorrect.

The reports backed up a statement by China's Foreign Ministry on Thursday, which also quoted Phuc saying Vietnam "respect's China's position" on the arbitration.

The Vietnamese report reeled off a list of points it said Phuc did raise in the meeting. It did not clarify what Vietnam's position on the verdict was.

Vietnam has been circumspect on the ruling, saying only that it welcomed the court delivering a verdict. Analysts say the victory for the Philippines is a favourable outcome for Vietnam, which has its own maritime problems with its giant neighbour China, but limits the extent of its criticism.