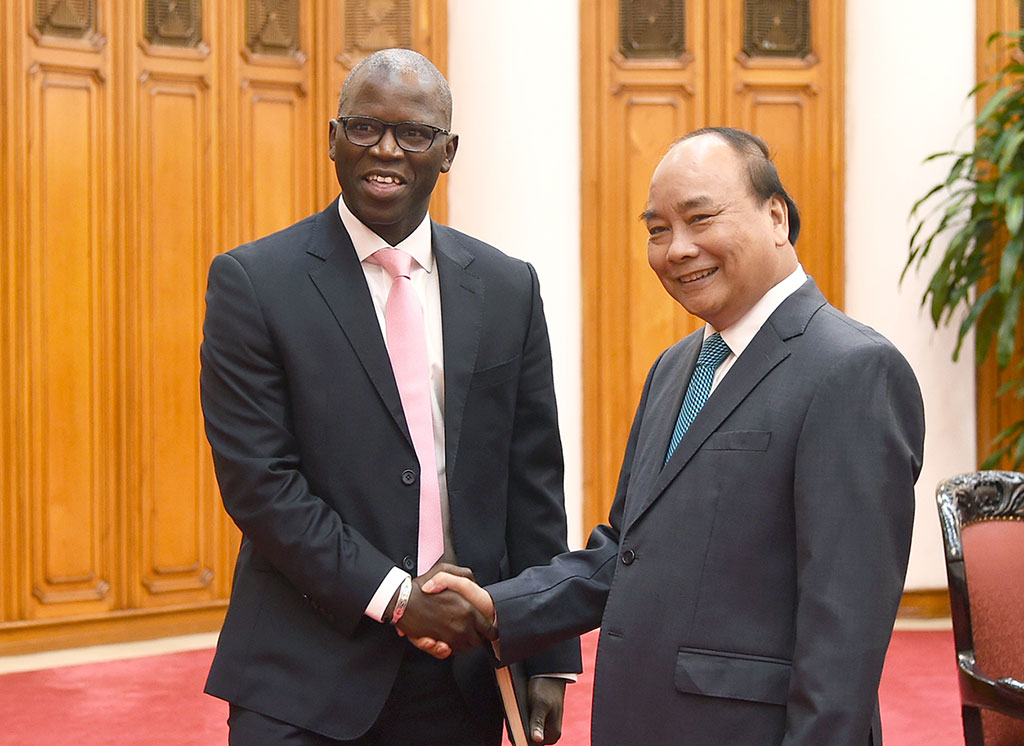 The Vietnamese head of state welcomed WB Country Director for Vietnam Ousmane Dione at his office in Hanoi on Wednesday evening.

During the meeting, PM Phuc praised the WB’s past assistance to Vietnam and suggested that the organization seek further support, particularly non-refundable aid, for the Southeast Asian country,given the nation’s graduation from the International Development Association (IDA) on July 1.

Vietnam prioritizes the effective use of loans, especially those in the form of official development assistance (ODA), the premier continued.

Regarding capital resources for large-scale and inter-regional infrastructure projects, he urged more support from the WB for the Ministry of Industry and Trade and other relevant ministries in building a legal framework that facilitates the mobilization of investment capital under the Public-Private Partnership (PPP) model.

PM Phuc also proposed in the meeting that the WB step up cooperation with Vietnam in such prioritized areas as innovation, hi-tech agriculture, infrastructure, and private economic development.

Replying to his host, WB Country Director Dione affirmed that the WB is willing to accompany and share international experience with Vietnam to help the country speed up its reform process.

The organization has completed a number of major reports with Vietnam, including the Country Partnership Framework (CPF), a report on food safety, and a separate report on agricultural modernization in the country, he stated.

Dione reiterated that he is willing to cooperate with Vietnam to contribute to the country’s socio-economic development.