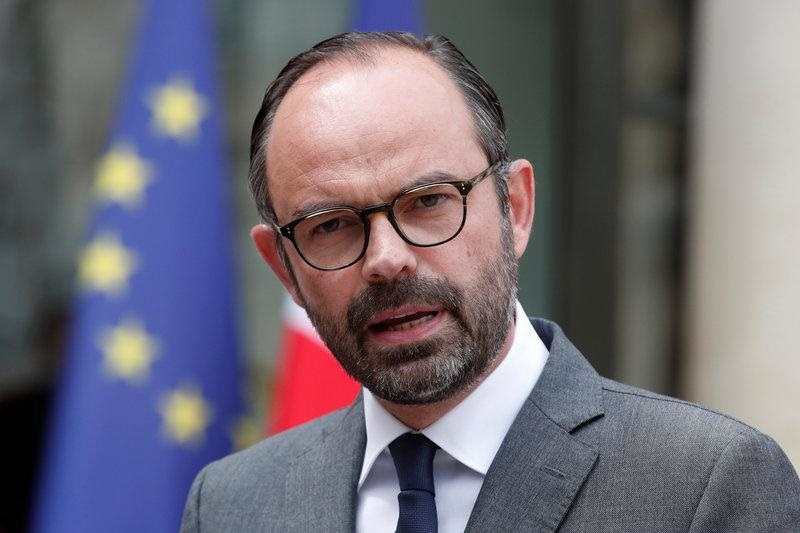 French Prime Minister Édouard Philippe strongly believes that Vietnam and his country should advance their ties in order to turn Hanoi into Paris’ partner of reference in Southeast Asia, given their current comprehensive cooperation.

In an exclusive interview with Tuoi Tre News this week, the prime minister addresses a broad range of topics, from high-level exchange visits, trade, innovation, to culture, the French language, and history, on the occasion of his visit to Vietnam from November 2 to 4.

PM Philippe did not forget to voice his expectation for the entry into force of a free trade agreement between Vietnam and the EU, which he believed would ease flows of trade and bring benefits to both nations.

The pact is waiting to be ratified in both Europe and Vietnam after having been adopted by the European Commission on October 17.

One highlight of his stay in the Southeast Asian country is his visit to Dien Bien Phu, the old battlefield of the French during their colonial rule in Vietnam.

Vietnam gained independence from France after the Dien Bien Phu victory in 1954.

PM Philippe says by paying tribute to the combatants of both sides, he expects Vietnam and France will continue strengthening their ties and look forward to a shared future, after the two have been reconciled to their past.

With this double anniversary, the year 2018 is indeed a very special year of celebrations. This has been evidenced politically by a level of bilateral visits never achieved before. With the visit to France by the General Secretary of the Communist Party of Vietnam, Mr. Nguyen Phu Trong, in March and mine to Vietnam, this is the first time in our history that we have had exchange visits at this level in one same year. This is why 2018 will be a historic year for both our countries.

This reflects the exceptional quality of relations between France and Vietnam. They are today imprinted with great confidence. They are based on a long shared history, on the deep attachment that the French and the Vietnamese devote themselves to. They develop thanks to our cooperation in many areas: economic matters, scientific and academic sectors, defense, health care, the environment, education or culture.

We must now go even further so that Vietnam becomes France's partner of reference in Southeast Asia, and that France becomes the reference partner of Vietnam in Europe. This is the ambition that I nurture, and I am convinced that in five years our two countries will be more than ever side by side facing the challenges of our time: the defense of multilateralism, the respect for international law, the promotion of open economies and the implementation of inclusive, sustainable and environment-friendly development strategies.

How to further advance the economic and trade relationship between Vietnam and France?

Over the past decade, the value of our trade has doubled to more than 6.5 billion euros. French companies have a strong presence in sectors such as aeronautics, health and pharmaceuticals, and urban transport – with the iconic construction project for the Hanoi metro. France’s direct investment in Vietnam today amounts to US$2.78 billion and there are many ongoing projects in industry, tourism, transportation, energy or distribution.

During his visit to France, the General Secretary of the Communist Party of Vietnam, Mr. Nguyen Phu Trong, met major French groups, and this helped introduce to our companies the exceptional economic dynamism of Vietnam.

French companies want more than ever to trade with Vietnam and invest there: nearly 80 of them accompany me to Vietnam. And I am sure that, like the more than 11 billion euros in economic agreements that were announced last March, during my visit we will also achieve results which testify to the very strong dynamics in bilateral relations which we are currently finding.

Finally, one of the keys to the future will be the entry into force of the free trade agreement between the European Union and Vietnam. By simplifying market access for many products, lowering or eliminating tariffs, this agreement will make a decisive contribution to two-way trade flows for the benefits of our businesses, consumers and countries.

What are the advantages of French companies for the Vietnamese market?

French know-how and technologies are one of our main assets, as exemplified by the 85 percent market share of Airbus in Vietnam. Quality and image, especially for consumer products, are other important assets – in the luxury goods sector, cosmetics and foodstuffs, for example. Their presence is also reflected, and is often a trademark of our companies abroad, in the training of the local workforce.

Finally, as my travels abroad, I see how much advantage French companies have exhibited in innovation. This is found in Vietnam with the network of the French Tech Viet, which brings together an entire ecosystem of Franco-Vietnamese actors, which I will also meet in Ho Chi Minh City, at one incubator.

Why did you choose to highlight youth during your visit and what is the importance of cooperation between Vietnamese and French youth? What should be the place of the francophone community in Vietnam and how can it be promoted?

France and Vietnam have a common past, in which our relationship comes to plunge its roots. This legacy, we must transmit it to the youth, so that they can take it and participate in the Franco-Vietnamese relationship of tomorrow. And above all, it is the youth who, in many ways, have in their hands the answers to the great challenges of our time.

First is the fight against climate change. The new generations will have to manage the consequences of our action and they are therefore the first concerned. We must mobilize them and reflect with them on the solutions to be implemented. You have known the commitment of France in the fight against climate change. And we also know how important the issue is in Vietnam, one of the countries most exposed to the consequences of these phenomena in the world.

Then there is the digital revolution. The new generations were born with the Internet and grew up with screens in their hands. And it is them who, by their creativity and ability to innovate and undertake, hold the keys of this revolution.

Finally, there is the challenge of cultural and linguistic diversity. This is the challenge of the francophones. Vietnam plays a central role: while French will be by 2050 the third-most spoken language in the world, Vietnam is the pivotal country of the francophones throughout the Asia-Pacific region. Today, 600,000 people speak French, 40,000 students learn it at school, and there are 7,000 young Vietnamese who are now studying in France. I want to get in touch with this vitality during my stay, and that's what I will do when I inaugurate the new French high school Alexandre Yersin in Hanoi.

Why did you choose to go to Dien Bien Phu during this visit?

France attaches particular importance to shared memory. This importance will be expressed, for example, on November 11, when, on the occasion of the centenary of the end of the First World War, we will gather many world leaders around a forum for peace in France.

With regard to Vietnam, the conflict in Indochina between 1946 and 1954 resulted in the death of nearly 80,000 combatants in French uniform. The last battle of Dien Bien Phu represents one of the hardest and most symbolic battles of this war. It marks the attainment of the definitive independence of Vietnam.

I want to pay tribute to the fighters on both sides. That is why I wish to go successively to the French Memorial and the Vietnamese Memorial.

Finally, and perhaps most importantly, I also want to say that our two countries, because they are reconciled to their past, are looking even more strongly at their shared future. The Franco-Vietnamese ties draw deep into our history.