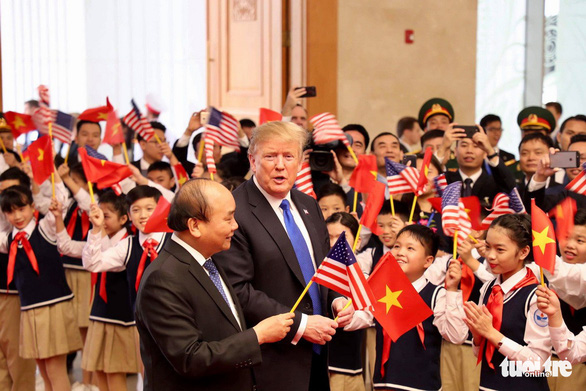 Hosting the summit between North Korea and the United States was a big success for Vietnam, Prime Minister Nguyen Xuan Phuc said as he chaired a regular government meeting in Hanoi on Friday.

The position of Vietnam as well as the country’s careful organization of the event were recognized and appreciated by the two leaders and the international community, the Vietnam News Agency quoted the premier as saying.

The government meeting was held one day after the two-day summit between the U.S. and North Korean leaders ended, with no deal reached.

While Hanoi only had a short period of time for preparation, Vietnam did its best to organize the summit and ensured absolute security and safety, PM Phuc stressed.

“Vietnam promoted its image as a peace-loving country with various accomplishments in reform and international integration,” he said.

The Southeast Asian country also used the occasion to introduce its local food and friendly and hospitable people to international friends, he added.

Some 2,600 foreign reporters from the world’s leading news agencies were present in Hanoi and their reports helped promote the image of Hanoi and Vietnam, according to the head of government.

In a separate statement, Vietnam’s foreign ministry said the second U.S.-North Korea Summit in Hanoi was an important step in the development of dialogue between the two sides.

Vietnam has been consistent in its support of peace and denuclearization on the Korean Peninsula, and as the host of the summit, “spared no efforts to make careful and comprehensive preparations and ensure absolute safety and security for the event,” Ministry of Foreign Affairs spokesperson Le Thi Thu Hang told reporters on Thursday.

According to Hang, Vietnam’s role in the summit shows that it was becoming more widely recognized as a responsible member in the international community.

“Vietnam’s role and position in organizing the event were recognized and highly appreciated by leaders of the U.S. and North Korea, as well as by other nations,” Hang said.