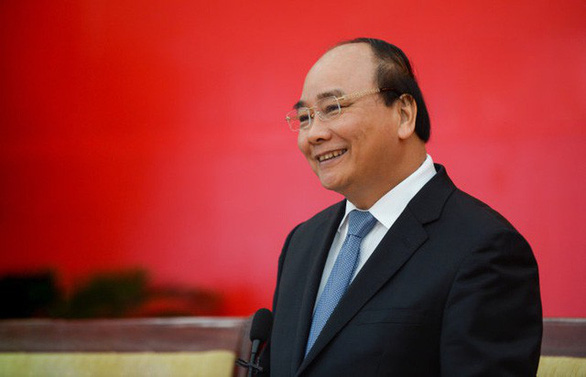 Vietnamese Prime Minister Nguyen Xuan Phuc will attend the second Belt and Road Forum for International Cooperation in Beijing, China from April 25 to 27.

The trip will be made at the invitation of Chinese President Xi Jinping, Vietnam’s Ministry of Foreign Affairs said in a press release on Monday.

The Vietnamese premier will attend the forum’s opening on April 26 before joining President Xi and his spouse in a dinner on the evening of the same day.

On April 27, PM Phuc is scheduled to speak at a roundtable summit attended by leaders of 36 other nations and China.

The Vietnamese head of government is also expected to hold bilateral talks with top Chinese leaders during his China trip.

China has invested over US$80 billion in projects related to the Belt and Road Initiative (BRI) since it was first proposed by President Xi in 2013, according to the National Development and Reform Commission of China.

By April 15, 2019, 126 nations and 29 international organizations had signed Belt and Road cooperation documents with China, according to Chinese television network CGTN.

Trade between China and BRI member nations have topped $6 trillion since 2013.

Once completed, the BRI is expected to create a large economic and trade network, covering a region with 4.4 billion people and a combined GDP of $21 trillion.

In 2017, the first-ever Belt and Road Forum (BRF) was held in Beijing, attracting 29 world leaders and more than 1,600 participants.

This year, leaders of 37 nations, including all ten member states of the Association of Southeast Asian Nations (ASEAN), will attend the second BRF.

China will also welcome some 5,000 delegates from over 150 countries and 90 international organizations to the event, according to CGTN.

It will be Beijing’s most important event of the year, Chinese Foreign Minister Wang Yi said.

Vietnam and China signed a government-level memorandum of agreement on promoting connectivity between Vietnam’s “Two Corridors, One Economic Belt” framework and China’s BRI during President Xi’s Vietnam visit in November 2017.

The two sides are discussing implementation of the MoU.