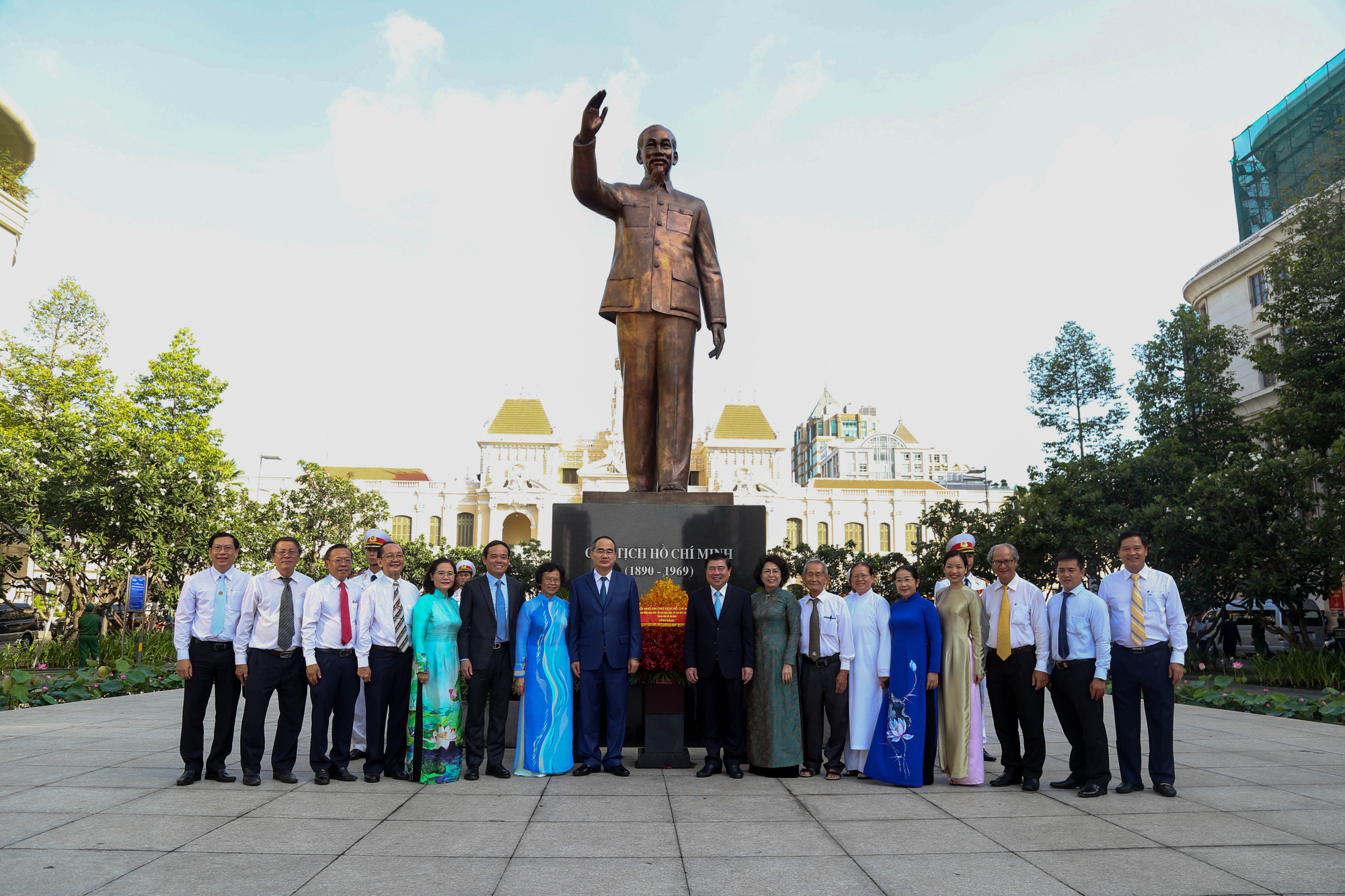 Leaders of Ho Chi Minh City paid their respect to late President Ho Chi Minh on Tuesday morning on the occasion of his 130th birthday (May 19).

The delegation of high-ranking officials included Secretary of the municipal Party Committee Nguyen Thien Nhan and his deputy Tran Luu Quang, Chairwoman of the local People’s Council Nguyen Thi Le, Chairman of the municipal People’s Committee Nguyen Thanh Phong, Chairwoman of the Vietnam Fatherland Front Committee To Thi Bich Chau, and representatives of many different sectors, including the youth union and the people of Ho Chi Minh City.

The officials first visited the Ho Chi Minh Museum in District 4, where they spent a moment paying tribute to the late president and his great contribution to national liberation.

The delegation then paid tribute to late President Ton Duc Thang, who was Ho Chi Minh's successor, at his namesake museum in District 1.

They later headed to Nguyen Hue Pedestrian Street in District 1 and laid flowers at the President Ho Chi Minh Statue.

On Monday, a ceremony was held at the National Convention Center in Hanoi, chaired by Party General Secretary and State President Nguyen Phu Trong, to mark the 130th birthday of late President Ho Chi Minh.

Multiple musical and artistic performances were organized in Hanoi, Ho Chi Minh City, the northern province of Tuyen Quang, the north-central province of Nghe An, and the Mekong Delta province of Dong Thap on the same day to celebrate the event.