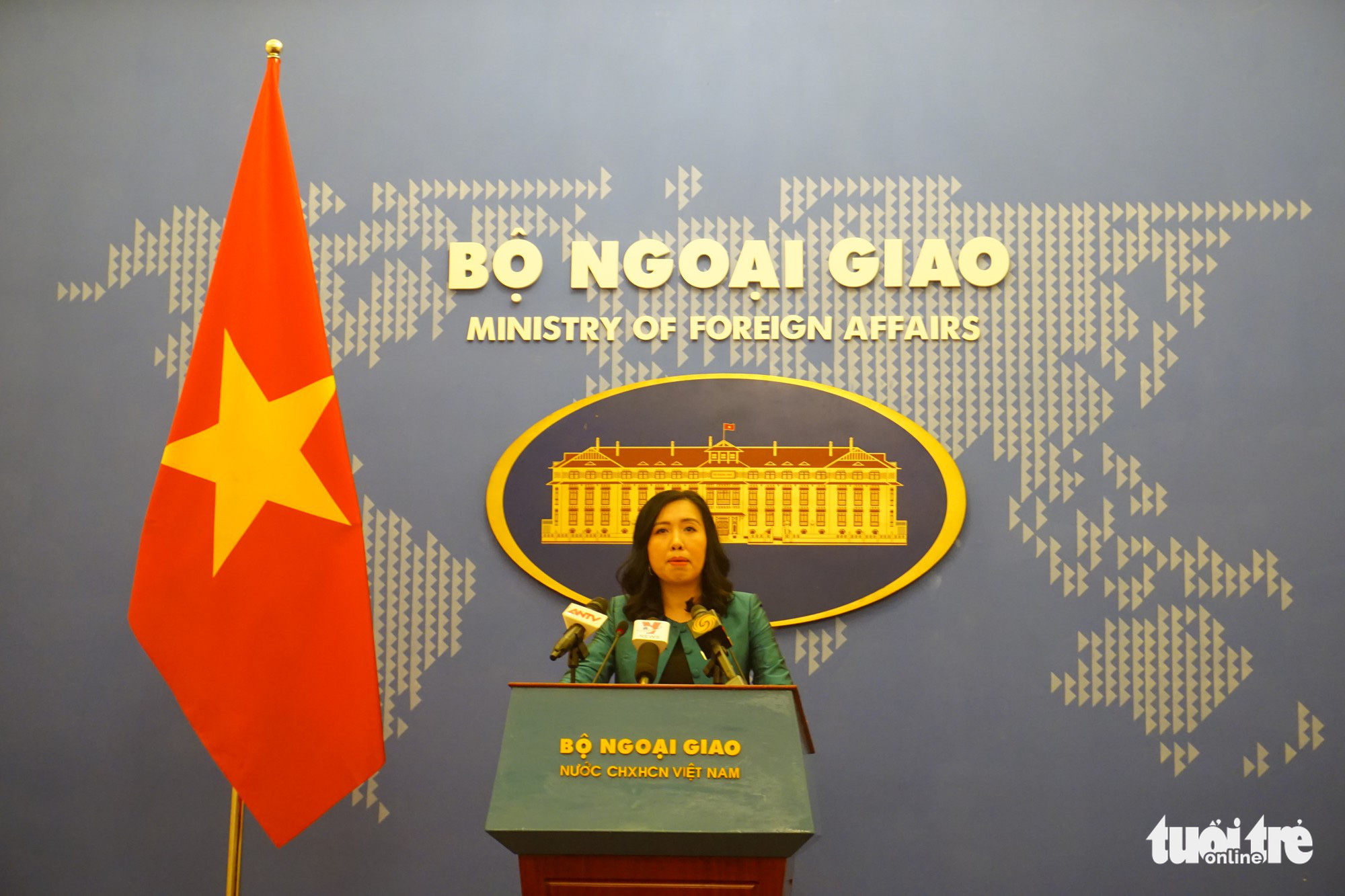 Vietnam welcomes countries’ stances on the East Vietnam Sea issue that are in line with international law, the Ministry of Foreign Affair' spokesperson Le Thi Thu Hang said at a press meeting on Wednesday.

Peace, stability, cooperation, and development in the East Vietnam Sea are the aspirations and goals of countries in the waters and the region as well as the international community, Hang remarked with regard to U.S. Secretary of State Mike Pompeo’s statement on the United States’ position on maritime claims in the waterway.

In order to achieve these goals, relevant parties must respect maritime legal order and comply with the 1982 United Nations Convention on the Law of the Sea (UNCLOS), the diplomat stated.

Vietnam welcomes other countries’ stances on the East Vietnam Sea issue in line with international law, she continued, adding that the 1982 UNCLOS is a legal framework for all activities at sea.

Vietnam hopes that all countries will make an effort to contribute to maintaining peace, stability, and cooperation in the maritime area and settle disputes through dialogues and other peaceful measures, in accordance with international law and for the common interest, the spokesperson stressed.

On Tuesday, Secretary of State Mike Pompeo stated that Beijing’s claims to offshore resources across most of the East Vietnam Sea are “completely unlawful, as is its campaign of bullying to control them.”

“We seek to preserve peace and stability, uphold freedom of the seas in a manner consistent with international law, maintain the unimpeded flow of commerce, and oppose any attempt to use coercion or force to settle disputes,” the top diplomat remarked.

“We share these deep and abiding interests with our many allies and partners who have long endorsed a rules-based international order.”

The project kicked off on Thursday, one day after the groundbreaking ceremony