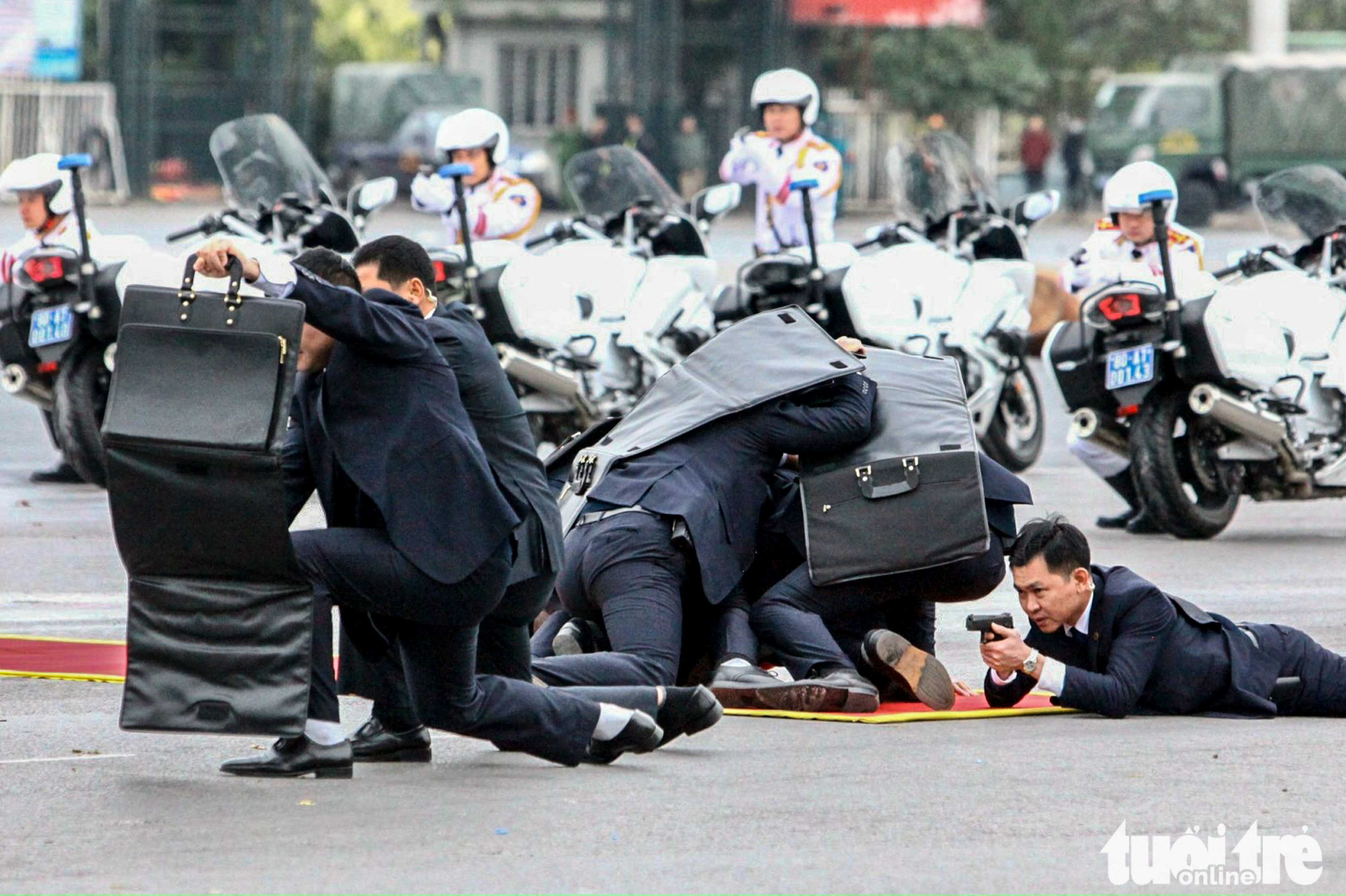 Over 6,000 police and military officers took part in an exercise in Hanoi on Sunday to prepare for the upcoming National Congress of the Communist Party of Vietnam.

Officers under the Ministry of National Defense and the Ministry of Public Security participated in a rehearsal held at My Dinh National Stadium Square to test preparedness in dealing with different insecurity scenarios ahead of the 13th National Party Congress.

The event saw a parade of essential units charged with protecting the Party Congress, review of vehicles and technical equipment, martial arts performances, and an exercise aimed at testing the forces' readiness to deal with disruptions, riots, insecurity and terrorism scenarios, as well as hostage rescue on high-rise buildings and important figure protection.

In his remarks, Tran Quoc Vuong, Politburo member and head of the Congress organizing sub-committee, stressed the importance of the Congress and praised the achievements, proactiveness, and efforts by the armed forces in upholding security for the nation’s most important political event.

In all circumstances, the armed forces must uphold the sense of responsibility, overcome all difficulties, and bring their enthusiasm, strength, and intelligence to maintain the security and safety of the Congress, as well as protect the Party, Vuong continued.

General To Lam, Minister of Public Security, said that the police force will closely coordinate with the army and relevant units to keep a close watch on the situation and activities of hostile and reactionary forces.

The 13th National Party Congress is scheduled to take place in Hanoi from January 25 to February 2.