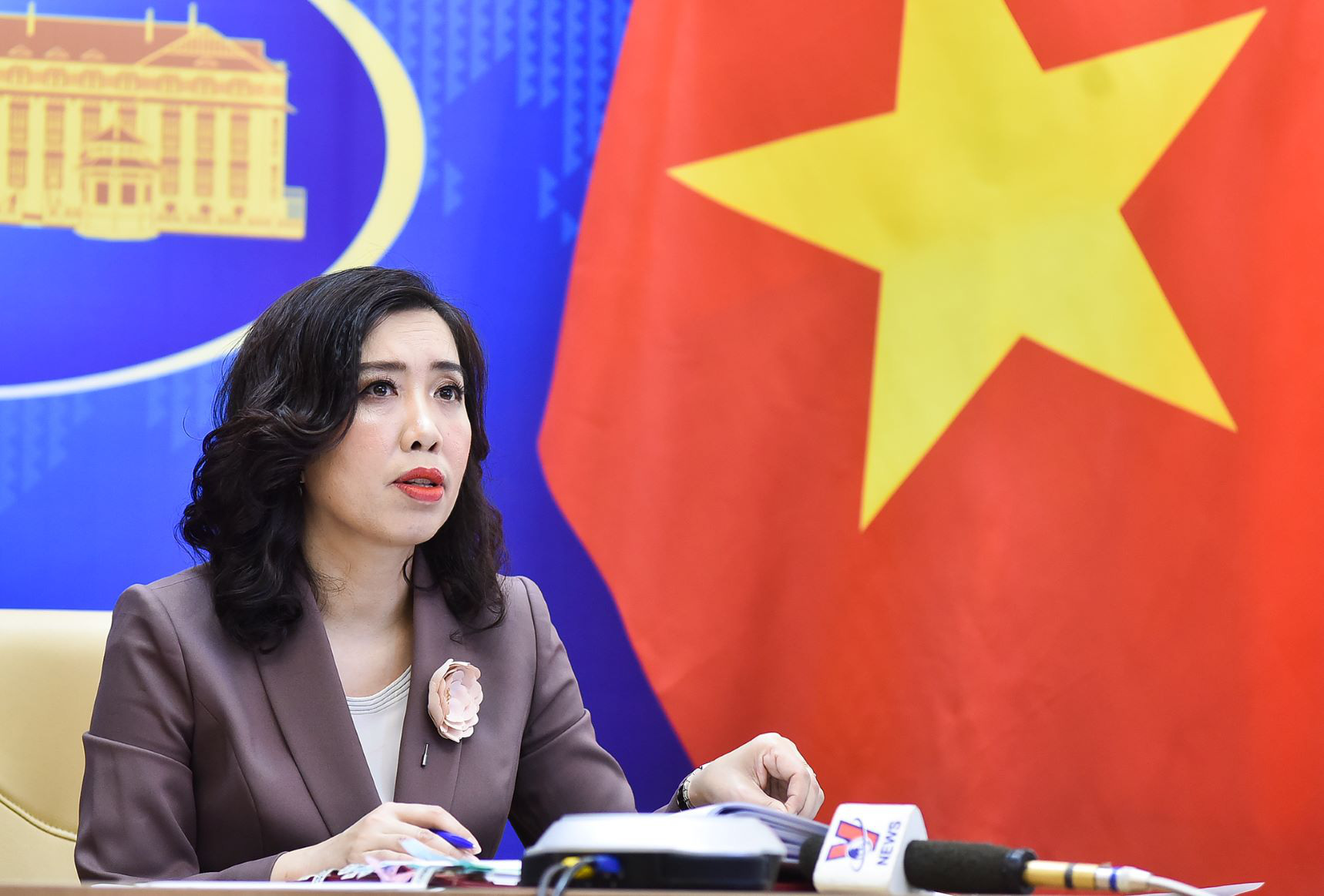 Vietnam is verifying reports of a Chinese surface-to-air missile base being constructed near the China-Vietnam border, Le Thi Thu Hang, spokesperson of the Vietnamese Ministry of Foreign Affairs, said at a press meeting in Hanoi on Thursday.

The missile base is reportedly located in Ningming County in southwestern Guangxi, China, about 20 kilometers away from China’s border with Vietnam.

The unverified information also stated that the missile base is situated about 40 kilometers away from another construction site, believed to be a military heliport.

Regarding China’s new coast guard law that took effect on February 1, Hang said that all countries must comply with international laws and agreements that they are a part of, especially 1982 UNCLOS, in the promulgation and implementation of domestic maritime laws.

Vietnam has sufficient historical and legal evidence to prove its sovereignty over the Hoang Sa (Paracel) and Truong Sa (Spratly) archipelagos is in line with international law, the spokesperson reiterated.

The country will resolutely and persistently take measures in line with international law to protect its legal and legitimate rights.

“Vietnam requires relevant countries to respect its sovereignty, sovereign rights and jurisdiction in the East Vietnam Sea, to responsibly enforce international law and the 1982 UNCLOS, and to actively contribute to building trust, maintaining peace and stability, and promoting security, safety, and freedom of navigation in the maritime area,” Hang remarked.