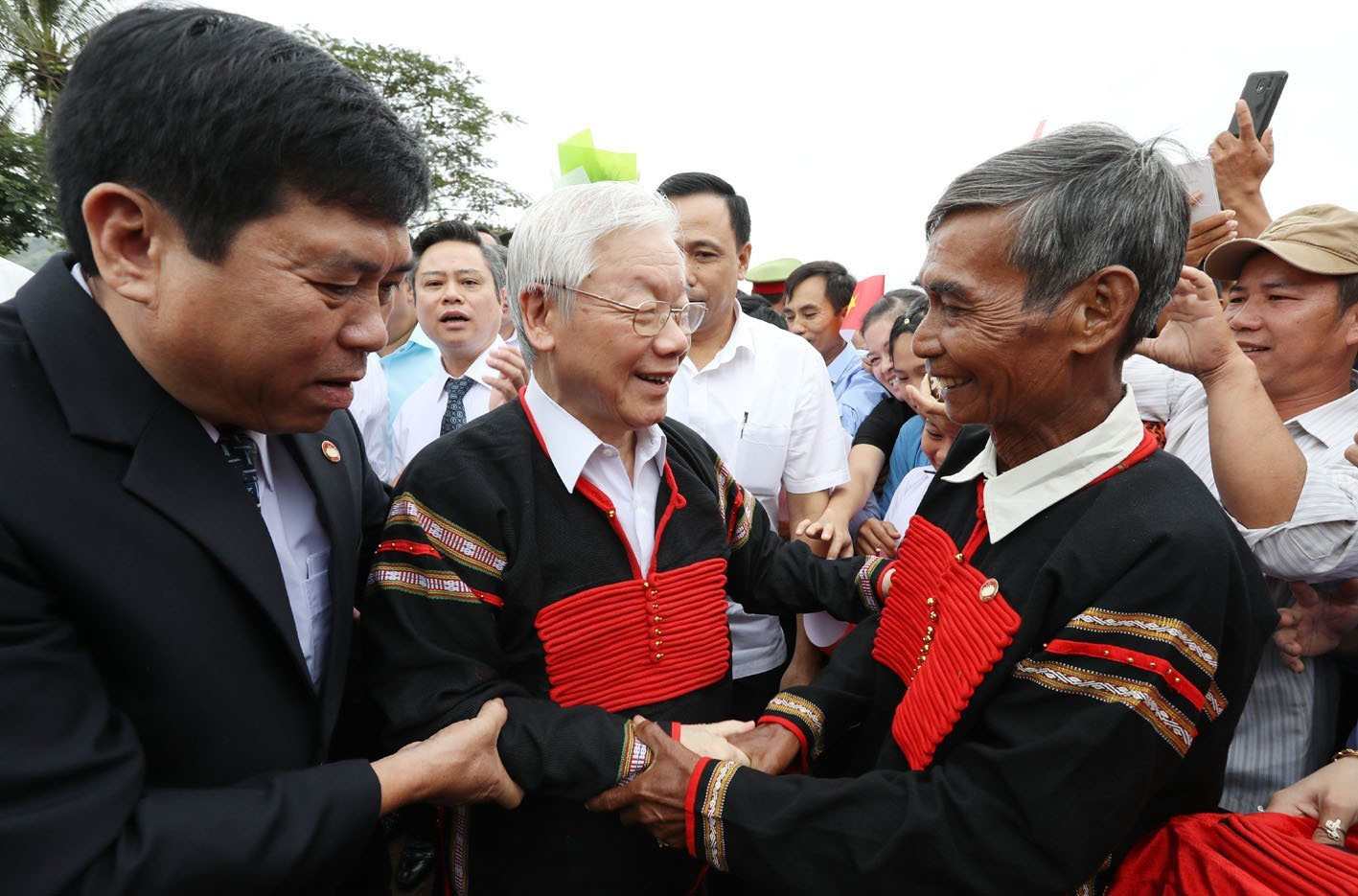 Another successful five-year tenure is coming to an end in Vietnam, creating a foundation for stronger national development in the coming years.

The country’s 14th National Assembly (NA) commenced its final meeting in Hanoi on Wednesday, with much attention paid to the working reports of the state president, prime minister, and NA chair.

In the report on the state president’s performance during the 2016-21 tenure, Party General Secretary and State President Nguyen Phu Trong stated that he had paid attention to the lives and production activities of the people, as well as listened to their thoughts, hopes, and suggestions.

The state president’s work throughout his tenure, together with the entire Party, people, and army, has embodied both the country’s patriotic tradition and it’s great national unity.

The report also noted that the state president contributed to building a clean and strong Party and political system, pushing ahead the ‘Doi moi’ (Renewal) process, strengthened the country’s defense - security capacity in order to firmly safeguard the country’s independence and sovereignty, and fostered external relations and international integration.

For the time ahead, the report emphasized that the state president should continue to exert effort in performing tasks regulated by the Constitution and laws, as well as the duties assigned by the Politburo and the Party Central Committee’s Secretariat.

In her report, NA Chairwoman Nguyen Thi Kim Ngan said that the legislature had stepped up and improved the quality of the country’s law making activities, creating a uniform legal foundation for the country’s fast and sustainable development.

The NA considered and made many important decisions over the 2016-21 tenure that greatly impacted the country’s socio-economic situation, development of mountainous and ethnic minority areas, national defense and security, and Vietnam’s foreign relations.

A total of 72 laws, two ordinances, and dozens of resolutions were passed over the tenure.

The NA’s external activities were also carried out effectively, adding considerable contribution to the Party and state’s diplomatic achievements and helping to maintain a peaceful and stable environment for national construction, defense, and development.

Delivering a report on the government’s performance between 2016 and 2021, PM Nguyen Xuan Phuc stated that Vietnam had successfully navigated “the tempestuous sea voyage” with far greater challenges than initially projected.

Infrastructure improvement was one of the government’s major accomplishments during the 2016-21 tenure, with 654 kilometers of the north-to-south expressway in the works, several highways built­­ to boost connectivity in many regions, expansions added to Noi Bai and Tan Son Nhat international airports, groundbreaking of the new Long Thanh mega airport, and other capacity enhancements in logistics, seaports, and 5G networks.

Vietnam’s gross domestic product (GDP) in 2020 soared to more than US$340 billion.

Despite global downturns, Vietnam posted an economic growth of 2.91 percent in 2020, being the only country in Southeast Asia to record positive growth, Phuc said, adding that the 2016-20’s average growth of 5.99 percent is still higher than the average of 5.91 percent in the 2011-15 period, putting the country among the fastest expanding economic zones in the world.

The premier also pointed out several shortcomings, as many draft law projects remained unfinished, equitation of state-owned enterprises was still sluggish, and some socio-economic targets were not achieved due to COVID-19.