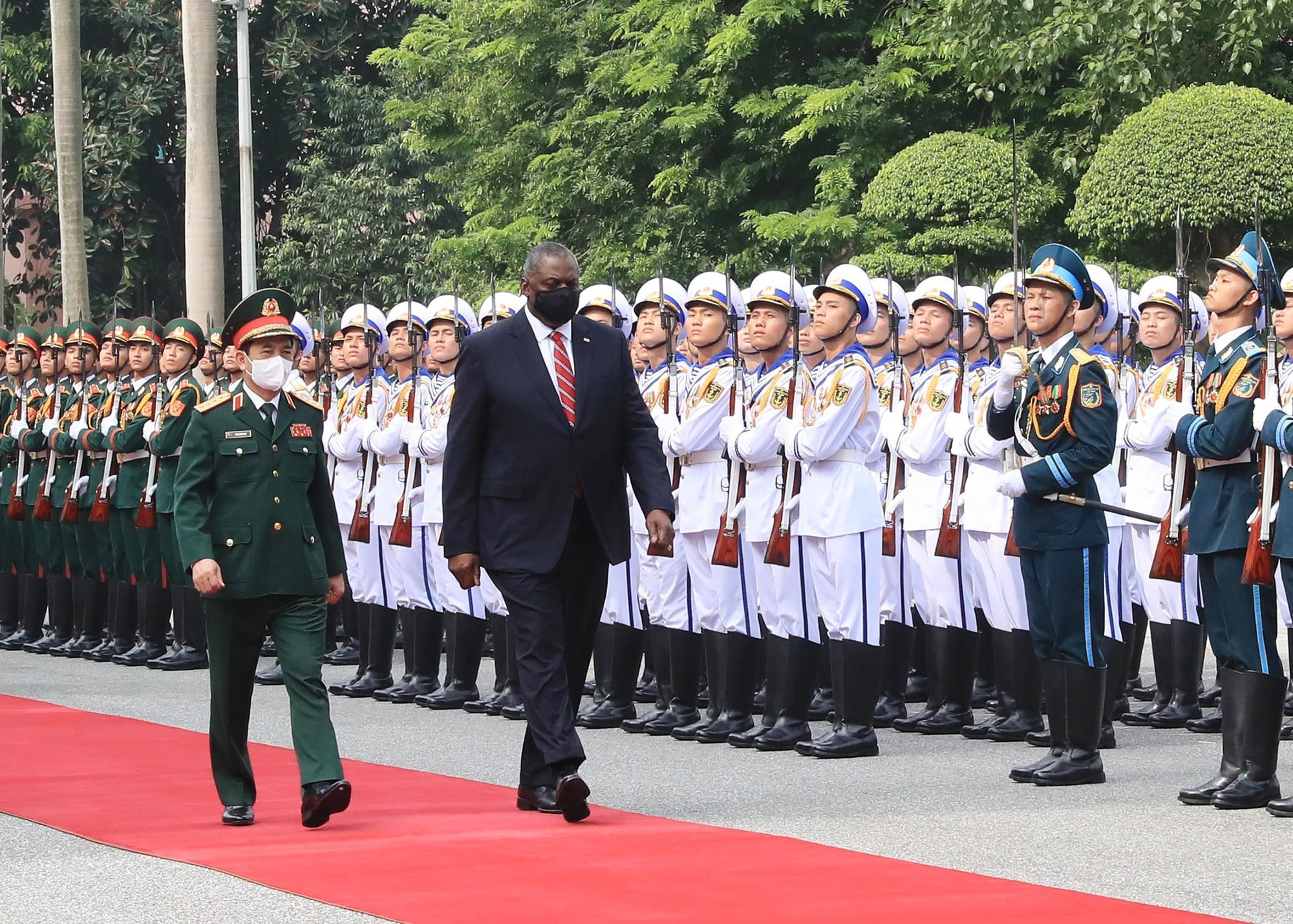 United States Secretary of Defense Lloyd Austin arrived in Hanoi on Wednesday afternoon for his official visit to Vietnam on July 28 and 29.

The visit was made at the invitation of Vietnamese Minister of National Defense Phan Van Giang.

Both sides have cooperated in overcoming war consequences and addressing non-traditional security challenges.

The U.S. has also assisted Vietnam in joining United Nations peacekeeping missions, as well as improving law enforcement at sea and military medicine.

Austin announced that the U.S. will provide equipment to help Vietnam combat the COVID-19 pandemic.

He agreed to step up the implementation of the dioxin decontamination project at Bien Hoa Airport, located in southern Dong Nai Province, and other humanitarian projects in Vietnam.

The two officials exchanged views on international and regional issues and agreed on the importance of peacefully solving disputes at sea in accordance with international law and the 1982 United Nations Convention on the Law of the Sea (UNCLOS).

They then witnessed the signing of a memorandum of understanding on searching, gathering, and identifying the remains of Vietnamese martyrs.