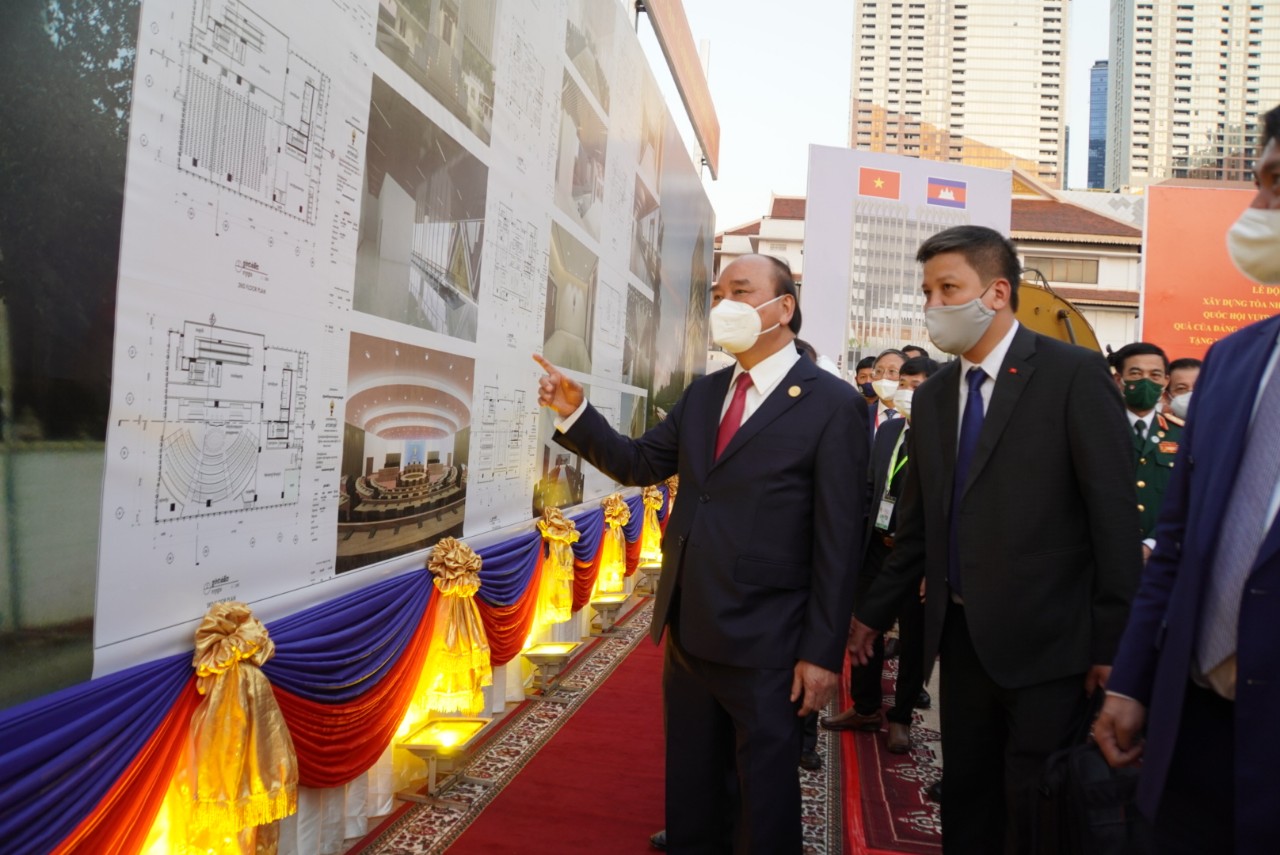 Vietnamese State President Nguyen Xuan Phuc and Chairman of the National Assembly (NA) of Cambodia Heng Samrin on Tuesday attended the groundbreaking ceremony of a project to construct its new administrative building, which is funded by a US$25 million donation from Vietnam during the former’s state visit to the kingdom.

Before the groundbreaking ceremony, the two leaders had a meeting, during which they emphasized that Vietnam and Cambodia are two close neighbors with a tradition of solidarity, mutual support, and assistance that constitutes the pride and invaluable assets of the two peoples.

Future generations of the two countries need to maintain, preserve, and promote that tradition, like the way both sides have supported each other in the control of the COVID-19 pandemic.

The two sides agreed to maintain regular high-level contacts and exchanges via all channels in the future, promoting the role of the National Assembly of the two countries in strengthening bilateral relations, especially in institutional building, perfecting the legal system for the connection between the two economies, and creating a favorable legal framework for improving the efficiency of cooperation in all fields.

At the groundbreaking ceremony of the new administrative building project, Cambodian NA Chairman Samrin said he gratefully acknowledges and highly appreciates the Vietnamese Party, state, and people for donating $25 million to build such a meaningful project.

Construction on the project will be implemented in four phases, according to Leng Peng Long, secretary general of the Cambodian National Assembly.

The 12-story building will be constructed on an area of 27 meters wide and 49 meters long.

Secretary Long expressed his hope that the new building will become a symbol of friendship between the two peoples.

Phuc began his two-day state visit to Cambodia at the invitation of King Norodom Sihamoni on Tuesday and will conclude it on Wednesday before returning to Vietnam.