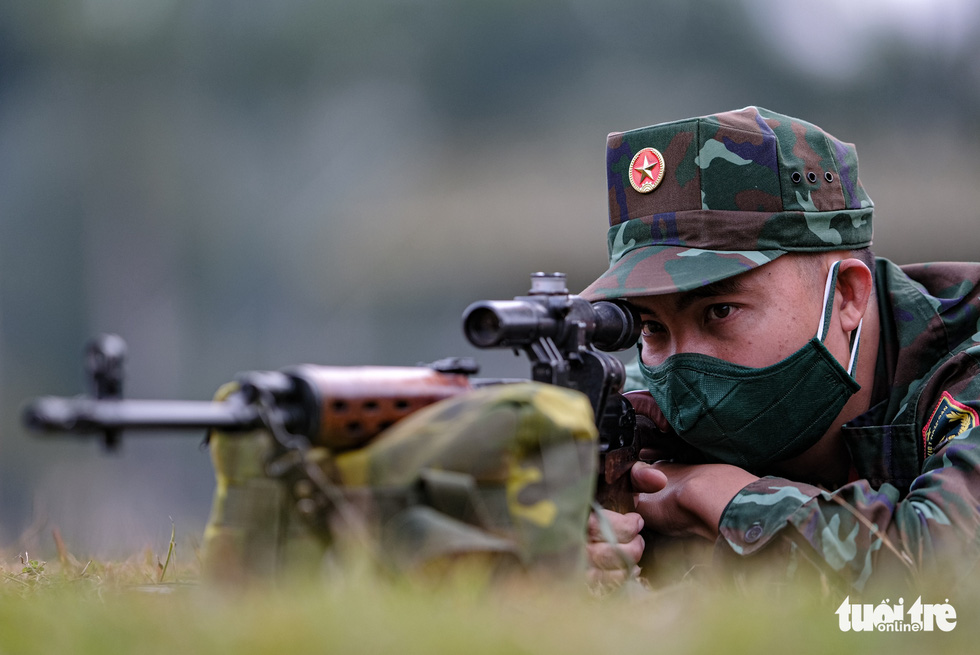 Vietnamese snipers are among the most highly skilled in the world, and their marksmanship is honed through years of strenuous training.

Able to hit targets hundreds of meters away, snipers are considered an integral, elite force in militaries across the world.

In Vietnam’s armed forces, these trained marksmen are a formidable presence on the battlefield.

Over the past several decades of peacetime, snipers in the Vietnam People’s Army have earned a reputation with training partners across the globe thanks to their adeptness and discipline.

In September, marksmen from Vietnam won the gold medal in the Sniper Frontier competition at the 2021 Army Games in Hanoi.

The National Military Training Center 4, located in Hanoi’s rural My Duc District, is one of Vietnam’s sniper training grounds where recruits are pushed to the limit in physical endurance, mental strength, and weapons handling.

To qualify for a competitive team and represent Vietnam at international army games, a marksman must pass five phases of intense training.

The first phase is perhaps the most important. During this phase, recruits learn basic techniques, such as handling different types of rifles, spotting targets, camouflaging, and adjusting their aim.  These skills all serve as a foundation for future training.

According to Vu Dinh Viet, deputy commander of the National Military Training Center 4, the sniper team is one of eight teams currently training to prepare for upcoming military shooting competitions around the world.

Vietnam is expected to send the teams to compete at the Army Games, the Australian Army Skill at Arms Meet, and the ASEAN Armies Rifle Meet in 2022.