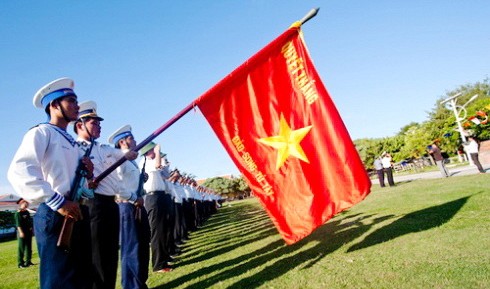 A non-profit social fund named the Foundation for East Sea Studies (FESS) has been established and will make its debut in late this month.

>> World community backs VN’s stance on East Sea The FESS, which was licensed by the Ministry of Home Affairs on August 14, 2013, was co-founded by the Diplomatic Academy of Vietnam, and Le Cong Phung – the former Vietnamese Ambassador to the US and the former Standing Deputy Minister of Foreign Affairs, and Do Duc Hung –  the former Vietnamese Ambassador to Singapore and Canada. With its goal to promote East Sea-related research activities, the FESS will sponsor scientists, researchers, research students, and other individuals as well as organizations in their efforts to write articles or carry out research works on the East Sea, contributing to protecting Vietnam’s sovereignty over its seas and islands and maintaining peace, stability and cooperation in the sea area. The foundation also serves as a channel for seeking individuals who are properly qualified for activities of research on the East Sea. In addition, the foundation supports activities to enhance the public’s awareness of safeguarding the country’s sovereignty over its seas and islands in accordance with relevant policies and laws of the Party and the State. The chairman of the FESS Management Council is Dr Dang Dinh Quy, the director of the Diplomatic Academy of Vietnam. The headquarter of FESS is located at 69 Chua Lang Street, Dong Sa District, Hanoi. The foundation’s telephone number is  04.38344540 and its fax number is 04.38343543.