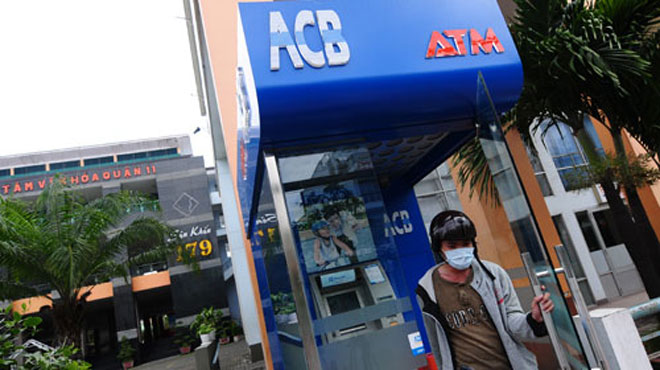 A Bulgarian national was caught red-handed last weekend while attempting to withdraw money from Asia Commercial Bank (ACB) with a fake ATM card, a bank representative confirmed to Tuoi Tre on Thursday.

At 9:00 pm on Sunday, ACB guards captured a foreigner at the bank’s ATM booth on Do Quang Dau Street in Ho Chi Minh City’s District 1, following surveillance camera footage showing him trying to draw out money with a suspect fake card.

At the District 1 police station, the man confessed that he is Stoyanoy Yuliyan Georgiev, who comes from Bulgaria and temporarily lives in District 1.

An ACB spokesperson said the plastic Georgiev attempted to use for money withdrawal at the ATM was “a cloned card made from stolen data and was not issued by ACB.”

This is not the first time a Bulgarian has been nabbed in the southern city over similar attempts.

In October 2013, Yardan Todorav Valentinvo and Popov Martin Vasilev, both 32, were seized by city police when they were withdrawing money from an ACB machine in District 1.

The police then confiscated VND12.7 million and 38 forged plastics from the two, who admitted to being Bulgarian.