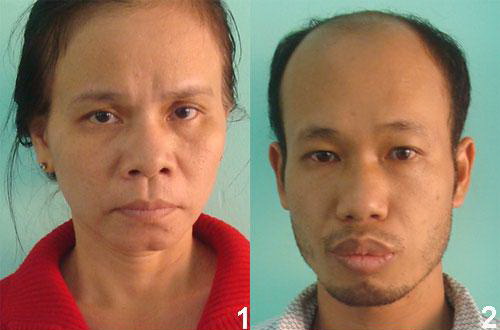 Police bust ring selling infants for up to $33,000

Police in Ho Chi Minh City are preparing to prosecute seven members of a ring that admitted to selling about 20 babies for up to VND700 million (US$33,000) within eight months from mid-2013. After several months of investigation, a police team arrested the traders in late February, including Tuong Dinh Thuong, 35, Ngo Thi Lan, 44, Nguyen Van Vien, 44, Tran Thi Kieu Trang, 26, Tran Ngoc Quy, 44, Pham Tuan Phuong, 52, and Tran Thien Nhan, 44. They will be prosecuted for trading in children under Article 120 of the Penal Code.  Thuong and Lan were the ring’s leaders.  According to the case file, on February 27 this year, Vien and Trang took a baby girl to the front area of Pediatrics Hospital 1 in District 10, where they met Lan, a woman from District 1, and offered to sell the baby to her for VND7 million (US$330). When the trade was taking place, the police rushed to the scene and arrested them. They told the police that the trade was made through Quy, a broker who had introduced Lan to Trang, the mother of the baby who was born at Tu Du Obstetrics Hospital three days earlier. The police later nabbed Quy, a woman from Tan Phu District, and the four other members of the ring. Lan told investigators that she had dealt with Quy, Thuong, and Phuong four times at Tu Du Hoapital to sell infants. Meanwhile, Thuong confessed to the police that the ring had sold about 20 babies for VND20-35 million ($1,650) each, with a profit of VND2-7 million per infant since mid-2013. Of these infants, three were sold since early this year.

The ring had set up a network that covered many Ho Chi Minh City hospitals, including Tu Du, Hung Vuong, Trung Vuong, and Gia Dinh to seek those who wanted to sell their babies and introduce them to potential buyers. Lan confessed that the ring also attempted to sell infants in China. In August 2013, Lan and some ring members brought two infants to the northern province of Quang Ninh in an attempt to sell them in China, she said, adding that their gang was uncovered by provincial police but she and her accomplices escaped.Baby-trade website Thuong, the ring leader, told investigators he had set up a website which included the necessary information to advertise their baby-trade services. Boldly enough, the website did not attempt to hide their illicit activity; it reads, “We always have babies available to provide to you. Contact us if you need a baby. Delivery can be made within 1-2 weeks. Prices depend on the appearance of each baby, but the minimum price is VND20 million ($943)…” He had also stuck papers advertising “sperm trading” on walls outside many hospitals but when somebody called the telephone number provided in the ads, he or other ring members offered to sell babies to them. The police are expanding their investigation into the case.