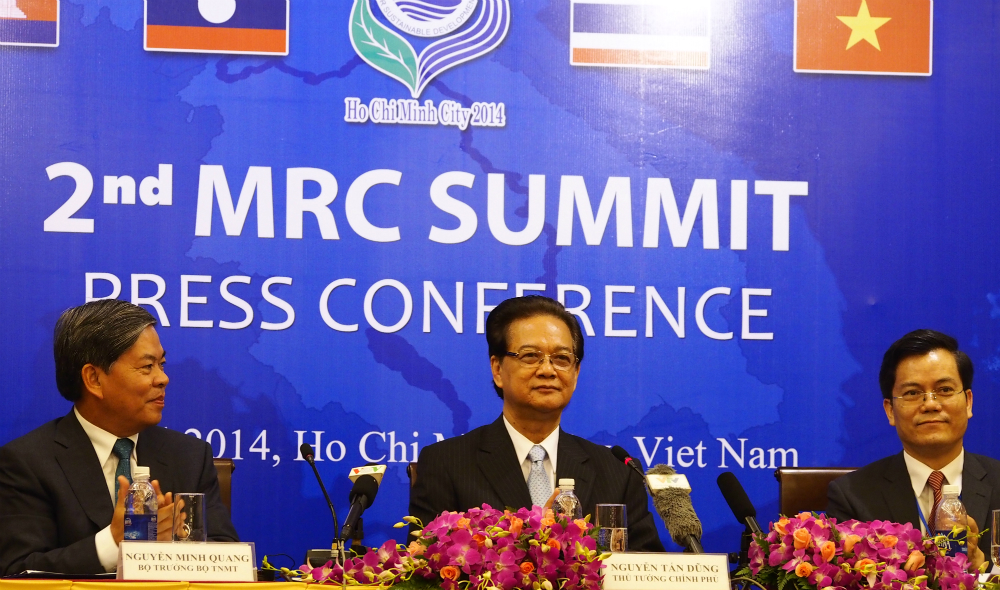 Laos Government should consult Mekong River Commission (MRC) on the construction of a new hydropower project which is projected to begin late this year, said Vietnamese senior state officials at a recent press conference of the 2nd MRC Summit 2014 in Ho Chi Minh City.

When asked by Tom Fawthrop, the English collaborator of the UK magazine The Economist, at the conference held to conclude the 4-day event, Nguyen Minh Quang, Minister of Natural Resources and Environment said Laos should consult with other MRC members again about the project before taking any move.

"Though already being informed by Lao side that work on the project will be started by the end of this year, both the Vietnamese and Cambodian sides have agreed that Laos should comply with the 1995 MRC Mekong Agreement," Quang said.

According to the agreement, all MRC member countries should consult with the remaining MRC members when they want to build a new hydropower project on the mainstream of the Mekong River, and in this case it is the Don Sahong project, Quang added.

“In addition, we [Vietnamese and Cambodian governments] also recommended Laos only to begin work on the project after new rules comes into effect. The new rules will be released as soon as the environmental assessments of hydropower plants on the mainstream of the river jointly conducted by the three countries for the period ending by 2015 complete,” he said.

“We think that Laos have taken our recommendations very seriously,” Ha Kim Ngoc, Minister of Foreign Affairs, said at the conference.

“Laos officials have told us that as they carried out the hydropower plants on the mainstream of the Mekong River, they weigh both the benefits those project may bring to Lao people and the side effects on Cambodian and Vietnamese people very carefully."

"Once they find that the side effects are greater than expectation, they will surely adjust the projects [to fit with the new circumstance],” he added.