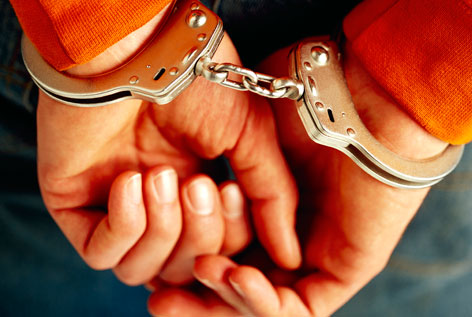 Vietnamese police on Friday arrested the director of a Hanoi-based investment consulting company for his involvement in a swindling case, in which over US$22 million were misappropriated, at another company whose Taiwanese general director was nabbed earlier this month.

>> Vietnam police indict Taiwanese CEO in $22.5 mln swindling case >> Vietnam nabs two Taiwanese posing as law enforcers in swindling scheme Phan Kien Trung, 30, director of 24 Gold Due Bac Investment Consulting Co. Ltd., was detained for his role in the swindling case earlier uncovered at Khai Thai Investment Consulting Company Limited, headquartered in Cau Giay District. During the investigation of the $22.5-million cheating by Khai Thai, investigators identified Trung as one of the accomplices of Hsu Minh Jung, also known as Saga, the Taiwanese general director of Khai Thai. Hsu and his five other Vietnamese accessories were captured on October 2 after they were found setting up an illegal gold trading floor to cheat investors, police said. All these six people and Trung have been charged with “appropriating property through swindling” pursuant to Article 139 of the Penal Code. Before establishing his own company (24 Gold Due Bac Investment Consulting Co. Ltd.), Trung acted as the managing director of Khai Thai until 2004 and took part in the scam at this company, investigators said. Hsu and his accomplices had mobilized nearly VND478 billion (US$22.53 million) and promised high interest rates to the investors, police said, adding that the con artists then appropriated most of the fund. Thousands of people around the country deposited their money with Khai Thai, expecting to reap a profit in return, investigators said. After receiving deposits from the investors, the company’s management did not use them for business operations but pocketed them instead. The firm offered lofty salaries and attractive bonuses to its employees in charge of capital mobilization to encourage them to seek investors. Police have already frozen VND4 billion ($188,560) in the company’s accounts and seized three deluxe cars from it as well. Searching Khai Thai’s offices on October 1, police also confiscated VND57 billion ($2.69 million) in cash and a large amount of foreign currency.