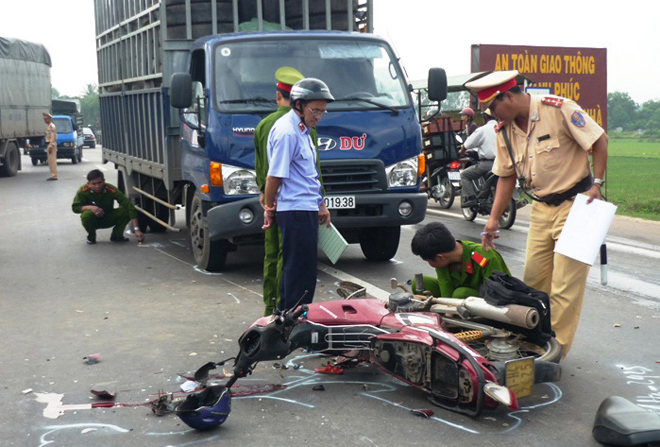 A volunteer rapid response team that gives first aid and assistance to traffic accident victims on National Highway 1A made its debut in District 12, Ho Chi Minh City on Monday.

>> Deaths from road traffic accidents in Vietnam down by 4%

Yesterday a debut ceremony for the team was jointly conducted by the Central Ho Chi Minh Communist Youth Union and the Ministry of Transport at the District 12 Traffic Accident First Aid Center.

The event was attended by about 30 delegates, including members of the District 12’s Ho Chi Minh Communist Youth Union, and doctors and health workers of the District 12 Hospital. Speaking at the event, Nguyen Manh Dung, Standing Secretary of the Central Ho Chi Minh Communist Youth Union, said that the team that comprises volunteers who are union members was set up to contribute to mitigating the suffering of traffic accident victims on the highway.

The team is the 40th that has been established under the cooperation of the Union and the Ministry of Transport, Dung said. “The team will give first aid and other necessary support to traffic victims on National Highway 1A. The team will also take part in controlling traffic in sites where accidents occur, and in activities to enhance the awareness of people during travel,” he said. After the ceremony, the team members carried out a drill in which they gave first aid and care to a young man in an accident on the highway. According to the transport ministry, around 9,000 people die in road accidents across the country every year, almost 25 deaths per day, and hundreds of thousands of others suffer life-time injuries.

Over the past 10 months of the year, road accidents killed 7,000 people, according to National Traffic Safety Committee’s statistics.