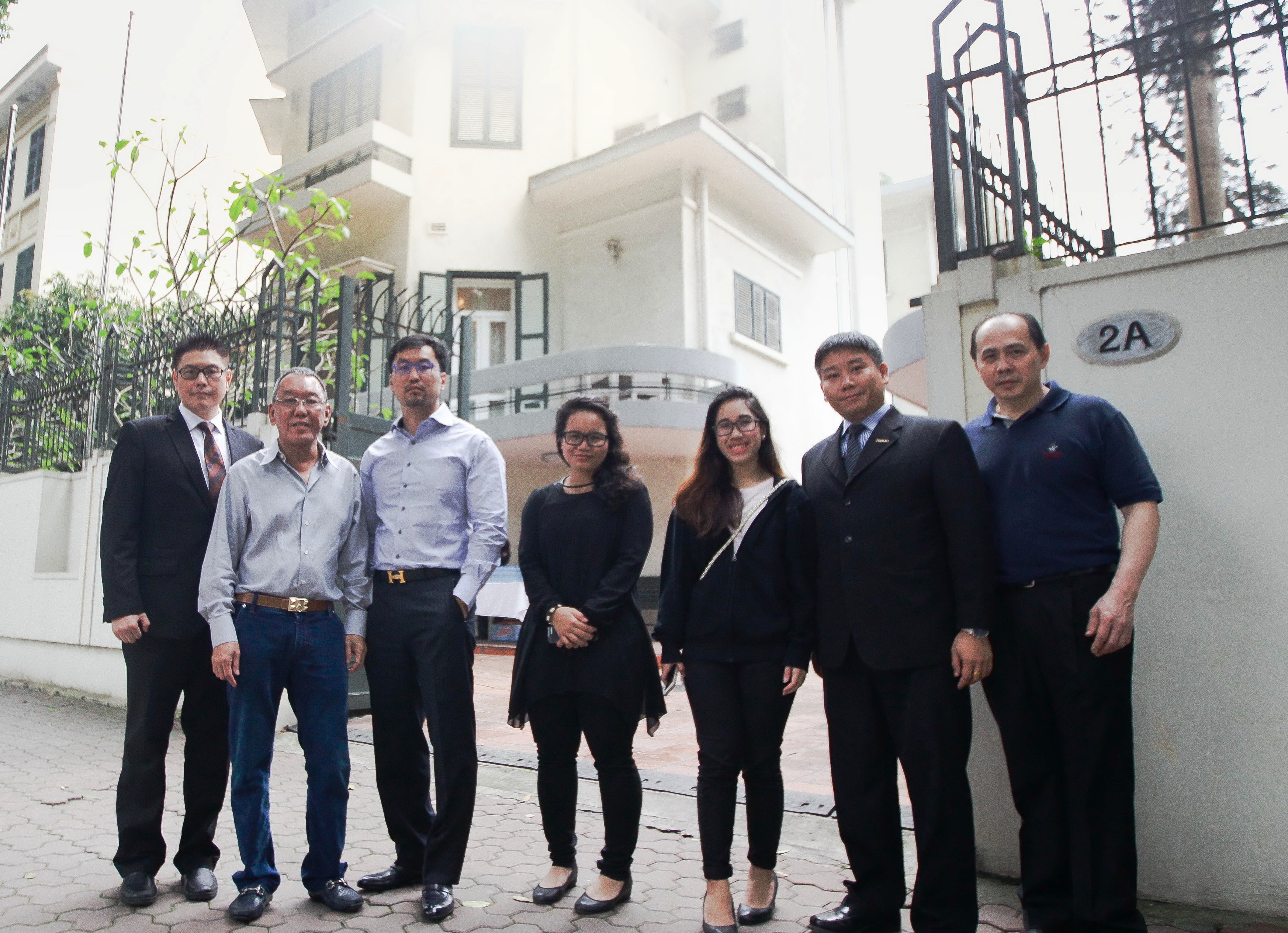 Many Singaporean expatriates of different ages have paid tribute to the founding father of modern Singapore, Lee Kuan Yew, who passed away on Monday at the age of 91, at the residential home of Singaporean Ambassador to Vietnam Ng Teck Hean in Hanoi.

Saddened by Lee’s death, several Singaporeans contacted by Tuoi Tre News yesterday said they are proud of being Singaporean and privileged to receive the legacy he left.

The condolence service at the residential home is open to the public from Monday to Friday, said a representative from the Singaporean embassy.

“He is the founding father of Singapore. He did so much for us. My generations went through many difficulties and we’ve seen how Singapore was transformed into what it is today. So we feel very sad,” Chng said.

“The greatest legacy he left is a well-known Singapore in the world and that Singaporeans are respected everywhere they go,” Chng, who has lived in Hanoi for more than ten years, added. “He made Singaporeans so proud of being Singaporean.”

Ray Tan, assistant general manager at Fortuna Hotel Hanoi, told Tuoi Tre News that his heart was broken upon hearing about the passing of Lee. “The first thing that came to my thoughts was we lost a great man, the founding father. Mr. Lee was one of the most respected men in my whole life. The moment I heard the news, I could not sleep the whole night,” Tan said.

Tan said that all Singapreans should be grateful to Lee for what he has done for Singapore, such as transforming the city state from nothing into a very impressive country like it is today.

He hopes that young Singaporeas will carry out what Lee actually did but he doubts the Singaporean youth can do anything better than the late prime minister because “they still lack the wisdom Mr. Lee had.”

Tan said Prime Minister Lee Hsien Loong is also a respectful man and he believes that the incumbent premier is able to carry his father’s legacy.

Nadia and Nurul Ardilla, two young Singaporean trainees at a hotel in the Vietnamese capital, also came to pay tribute to Lee.

Nurul told Tuoi Tre News that she learned about Lee’s contributions and how he helped Singapore gain independence at school. “We all know that Mr. Lee was a great man. I can see he was great and very consistent with how he wanted Singapore to be,” Ardilla said.

Meanwhile, Nadia said that late PM Lee was brave because he gave up his life to build Singapore into an advanced country. “He was a great man to build Singapore for almost 50 years. I had wished that he could celebrate Singapore’s 50th birthday. But I think if you have to go, you have to go,” said Nadia. “It is great to know that he has formed a legacy here and that is something to remember”.

Nadia said her generation still cannot understand how Singapore was built up because they were born when their country was already successful. “We are privilleged to see the transformation happen,” she concluded.

Lee Kuan Yew died at 3:18 am local time (3:18 p.m. EDT) at Singapore General Hospital, where he had been admitted on February 5 suffering from pneumonia.

The government has declared a period of national mourning until his funeral on Sunday. Lee's family will hold a private wake in the next two days, then his body will lie in state at parliament from Wednesday to Saturday.

Lee, a fourth-generation Singaporean, co-founded the People's Action Party, which has ruled the city state since 1959 and led the newly born country when it was separated from Malaysia in 1965.