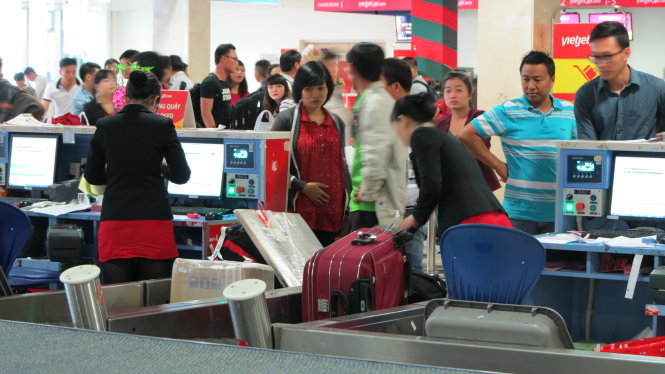 The Civil Aviation Authority of Vietnam (CAAV) has required the Airports Corporation of Vietnam (AVC) and other relevant agencies to install more surveillance cameras at airports and improve their operations to prevent smuggling.

This move followed a gold smuggling scandal involving a captain and a flight attendant of national carrier Vietnam Airlines last month, in which Korean customs found the two walking through a metal detector system at Gimhae International Airport in Busan City with six kilos of gold hidden in their shoes.

According to Korean media, customs officers at the airport found the Vietnamese captain and flight attendant stashing four and two gold bars, weighing one kilogram each, in their shoes, respectively, without customs declaration when they went through the metal detector system after their flight from Hanoi arrived on March 10.

The two Vietnam Airlines employees claimed they were paid US$250 per kilogram of gold successfully transported to South Korea, the media said, adding that they did not know the other was smuggling gold even though they were onboard the same flight.

They were handed over to Korean police and have been in custody for further investigation. The CAAV has asked relevant state agencies to enhance the inspection and monitoring of aviation security, while requesting Vietnam Airlines to inspect, review, and take more measures to supervise its pilots and flight attendants.

The ACV needs to reassess security checks on aviation personnel in the restricted areas and terminals at international airports nationwide, the agency added.

The corporation is also requested to double check the location of surveillance cameras installed at such international airports to make appropriate adjustments or add more recording devices to ensure there will be no hidden corners.

The CAAV explained the measure is meant to get clear images from the cameras to serve monitoring and verifying purposes when necessary.

Professional training in the control and supervision of aviation security, especially the screening process for security staff, will have to be strengthened to help bar aviation staff from bringing illegal objects aboard.

Implementation plans and reports on the executing process must be submitted to the CAAV before May 10, 2015, the aviation agency said.