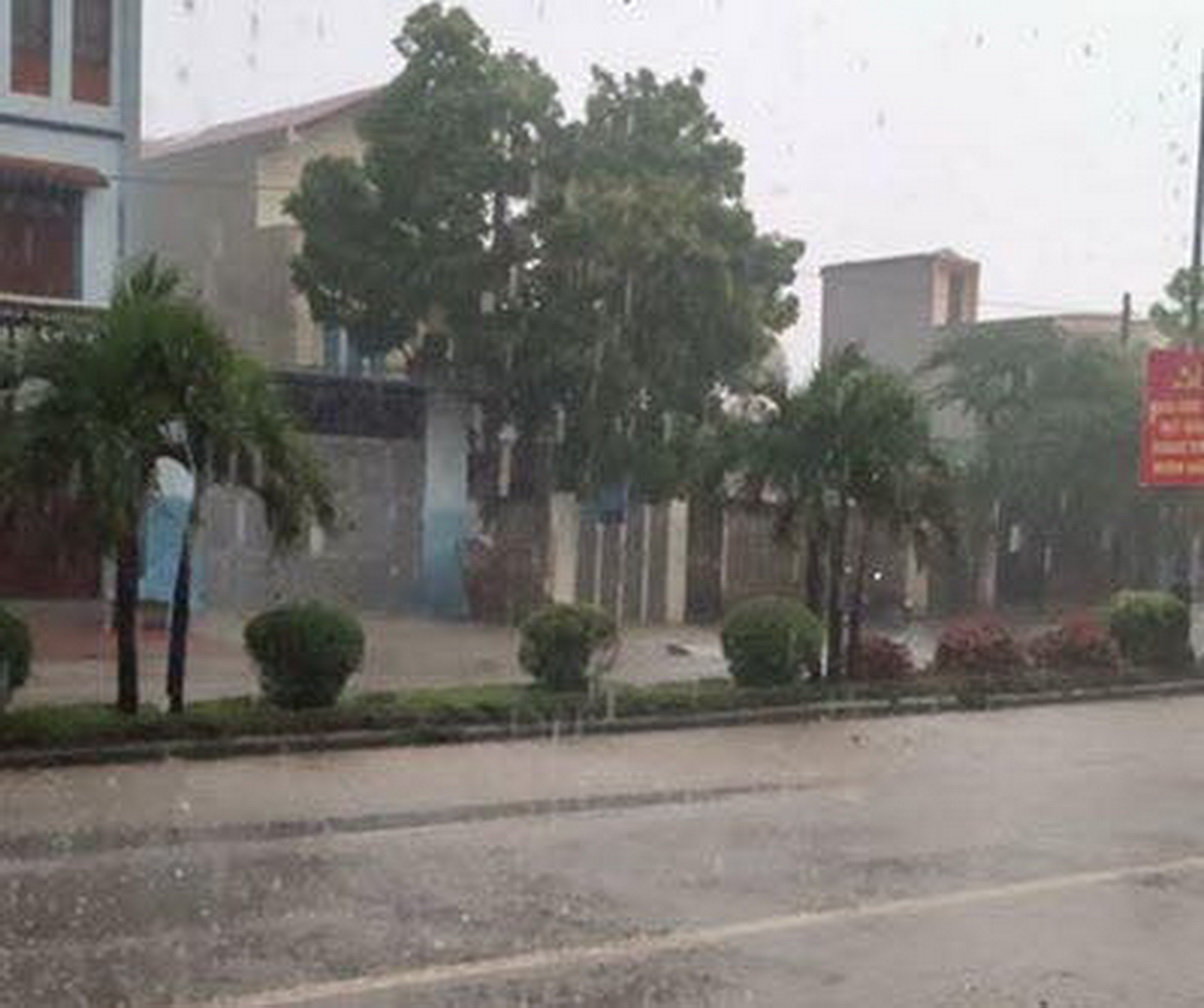 Minutes-long hailstorms were recorded in Hanoi and the nearby Lao Cai Province on Friday as cold temperatures are expected to reign over Vietnam’s northern and central regions this weekend.

At around 5:00 pm, a hailstorm hit Son Tay Town, some 40km west of Hanoi, and lasted for approximately ten minutes.

The first dropping hails were as small as 10mm in diameter but later grew to 30mm, forcing many motorbike drivers to seek shelter in nearby houses.

“As the hailstorm only lasted for a short time and the size of the hails was not too big, there were not many serious damages, except a few vegetables destroyed and trees uprooted,” one local said.

Some vegetables are destroyed by the hailstorm.

Also on Friday, a cold air current hit the northwestern province of Lao Cai, causing rainfall across the locality. Strong wind and a hailstorm, the fifth of its kind this year, were also recorded in Long Phuc Town in the province’s Bao Yen District.

In the meantime, many northeastern areas started to suffer cold temperatures at around 8:00 pm the same day, with heavy rainfalls in Hanoi and Nam Dinh and Ninh Binh Provinces.

Coastal areas in the two north-central provinces of Nghe An and Thanh Hoa also saw the arrival of cold air currents.

Cold air currents are expected to arrive in provinces from Thanh Hoa to the central Thua Thien-Hue with cloudy skies, rains, and dropping temperature tonight, April 22.

On Saturday, many provinces from Thua Thien-Hue to south-central places such as Quang Ngai were also under the influence of cold air currents, with light rains and dropping temperature observed in various areas.

The cold weather is forecast to persist in the northern and central Vietnam until the end of April.