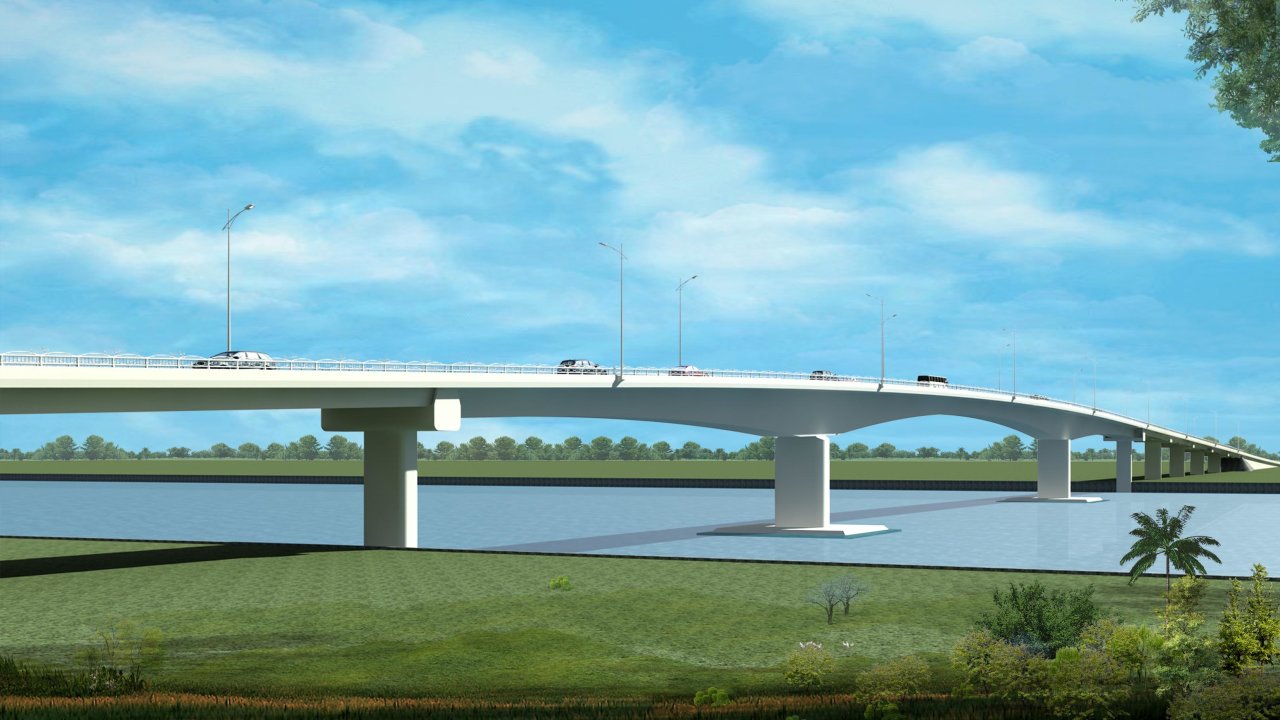 Over VND938 billion (US$41.2 million) in capital investment has been proposed for the construction of a bridge deemed essential in the southern Vietnamese province of An Giang.

The structure is expected to replace the Chau Giang ferry service, which has been the main form of transport across the Hau (Back) River, which snakes between the two locations.

Within the framework of a BOT contract, a developer receives concessions from the private or public sector to finance, design, construct and operate a facility for a certain period of time, during which it must raise finance for and then become eligible to retain any revenue generated by the project.

The infrastructure is then transferred to the public administration at the end of the agreed concession period.

The construction of the Chau Doc Bridge has been recommended to take place some 1.5 kilometers away from the current Chau Giang ferry landing.

According to the design, the bridge will be 667 meters long and 12 meters wide, including two car lanes and two motorbike lanes.

The project will cost an estimated VND938.4 billion.

A plan to build a bridge linking Tan Chau Town and Chau Doc City under a BOT contract arrangement was previously approved by the Vietnamese prime minister.