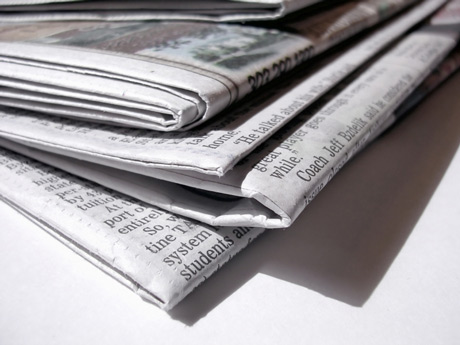 Check out what is in the news today, July 26:

-- Tat Thanh Cang, deputy Party secretary and deputy chairman of the People's Committee of Ho Chi Minh City, on Tuesday partook in an event called ‘Ho Chi Minh City Days in Champasak’ as part of his one-week visit to Laos meant to promote ties between the two localities.

-- A source close to Tuoi Tre (Youth) newspaper revealed on Tuesday afternoon a military plane from Air Force Regiment 937 encountered technical problems during a training flight when it was flying over Phan Rang-Thap Cham City in the south-central province of Ninh Thuan the same morning, causing damage to several homes in the area.

-- Ha Trong Thang, director of the Ho Chi Minh City subsidiary of the Vietnam Railways, confirmed on Tuesday they had dismissed an employee and removed the head of Suoi Van Station in the south-central province of Binh Thuan from his post for their negligence on a duty shift earlier this month that almost resulted in the collision of two approaching trains.

-- A storm made landfall in the central province of Quang Tri before weakening into a tropical depression on Tuesday afternoon, according to the National Center for Hydro-meteorological Forecasting. The storm caused prolonged downpours, blew off the roofs of dozens of local homes and inundated nearly 2,000 hectares of rice paddies in the locality and Thua Thien- Hue Province nearby.

-- Tran Duc Quy, deputy chair of the People’s Committee in the northern Vietnamese province of Ha Giang, told Tuoi Tre on Tuesday that they were working to identify the deceased and injured victims in a flash flood and landslide that hit Méngshān District, Wúzhōu City in the Guangxi Zhuang Autonomous Region earlier this month. All the victims were allegedly Ha Giang residents working in China.

-- Over recent years, a number of hi-tech companies in Vietnam have allowed their employees to work from home in a bid to cut costs and improve efficiency.

-- The Ho Chi Minh City People’s Committee and South Korean conglomerate Lotte Group on Tuesday inked an agreement to establish an Eco-Smart City complex in the Thu Thiem New Urban Area, spanning along the Saigon River in District 2. The project, with the capital investment estimated at VND20.1 trillion (US$875.2 million), is expected to complete in 72 months.

-- Representatives of low-cost carrier Vietjet and Japan Airlines on Tuesday signed an agreement to expand air network in a bid to better cater to the surging demand among Asian passengers, particularly those in Japan and Vietnam.