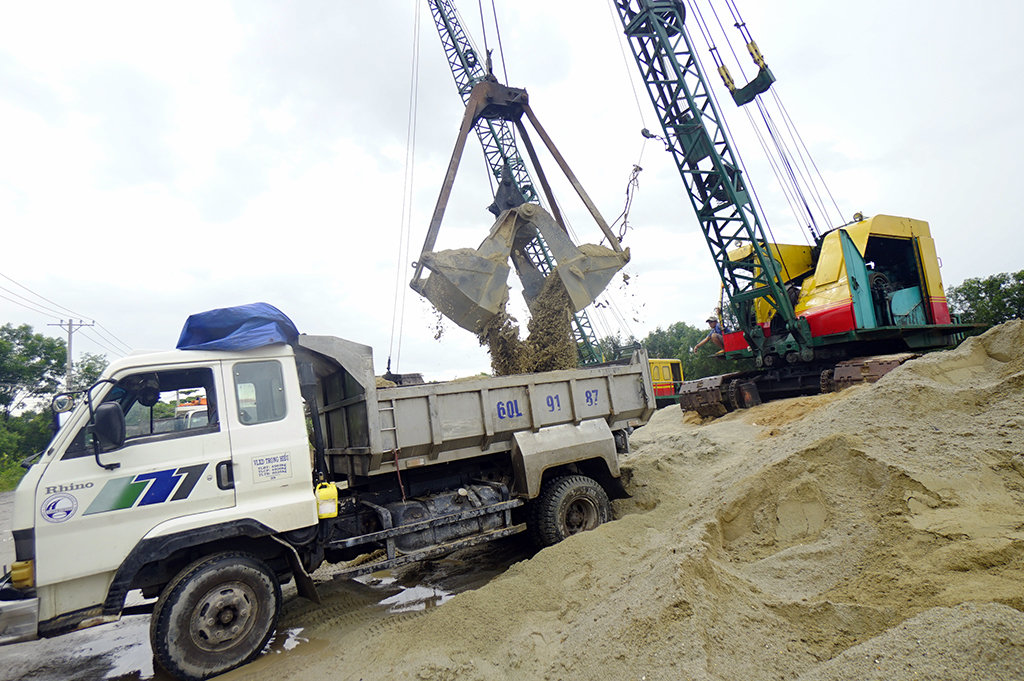 ​Vietnam forecast to run out of construction sand by 2020

Vietnam may run out of construction sand by 2020 if domestic demand for the resource continues to exceed the country’s total reserves.

The alarming scenario was brought up by Pham Van Bac, director of Vietnam’s Department of Construction Materials under the Ministry of Construction, at a regular press briefing on Wednesday.

Prices of construction sand spiked by 50-200 percent between March and April, the ministry’s reports read.

An aggregated report compiled from statistics provided by 49 provinces and cities in Vietnam found that 691,516 million cubic meters of sand and gravel had been approved for mining by the end of 2016, according to Pham Van Bac.

Survey data from 2015 found that as many as 50-60 million m3 of sand is needed to meet annual demand from ongoing construction projects in the country, Bac said.

Between 2016 and 2020, the domestic demand for construction sand is estimated to be around 2.1-2.3 billion m3, while the country’s total sand reserves sit at just over two billion m3, he added.

With this rate of sand usage in Vietnam, the country is forecast to run out of the construction aggregate by 2020, Bac warned.

According to the construction official, growing demand, coupled with reduced sand build-up in rivers due to upstream hydropower plants, is to blame for the shortage.

Though sand is abundant in nature, the majority of sand is too fine to be used in construction, making it a relatively limited resource.

Since there is a lack of alternative materials, the limitation on sand reserves has caused excessive sand mining in Vietnam, including illegal activities recently brought to light by local authorities.

In March, Vietnamese Prime Minister Nguyen Xuan Phuc issued an executive order requesting that the administrations of some provinces lift long-standing bans on transporting natural resources out of the province.

The move was considered a relief measure for the insatiable demand for construction sand in Ho Chi Minh City following government efforts to tighten regulations on sand exploitation.