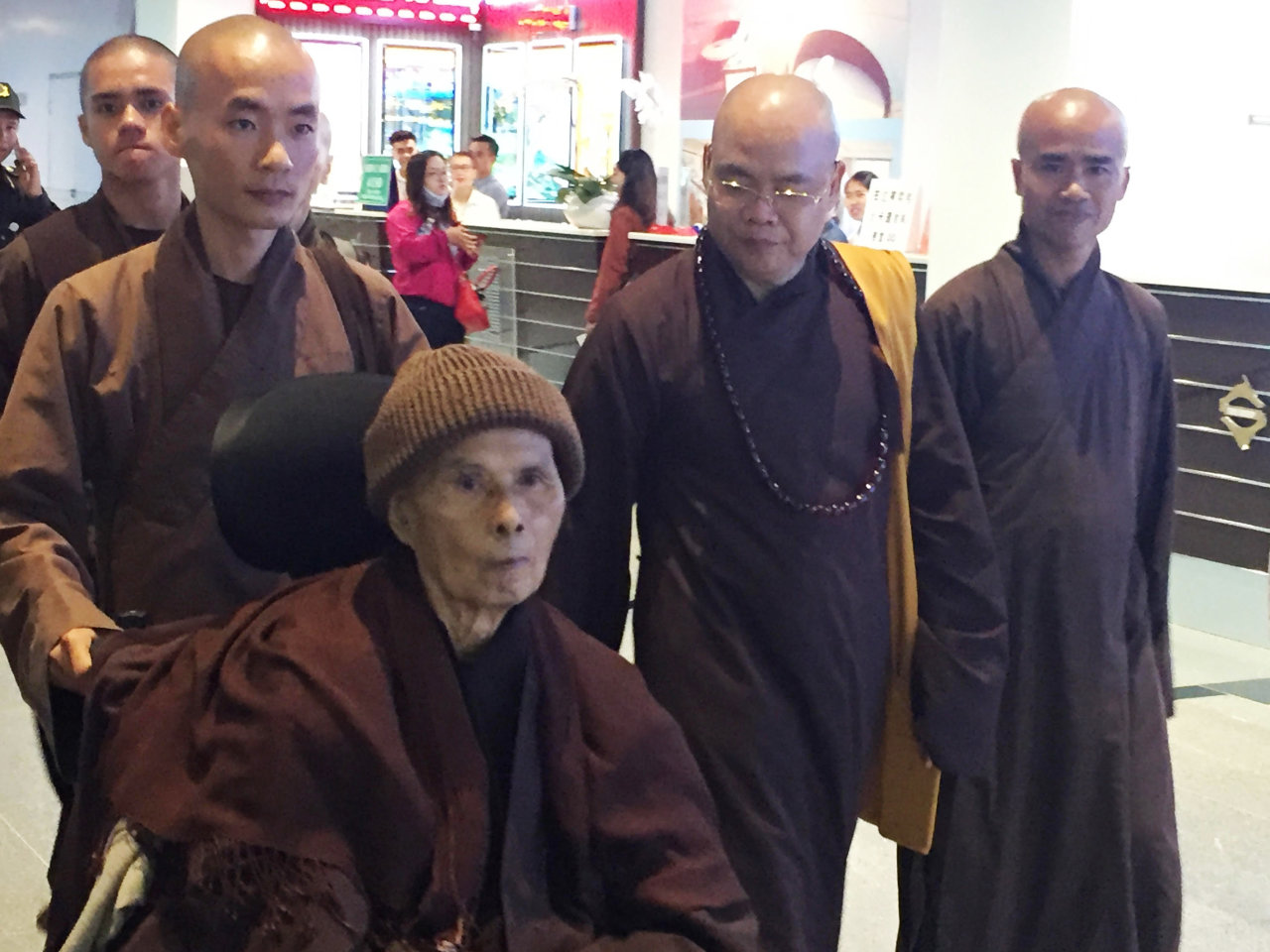 The 91-year-old monk is expected to remain in his country of birth for the next three months, during which time the will mostly rest in private and not get involved in too many public activities.

Hanh arrived in the central Vietnamese city at 12:35 pm on Monday via a Bangkok Airways flight from Thailand.

The venerable Thich Thanh Phong, head of the commission for economic and financial affairs of the Central Committee of the Buddhist Sangha of Vietnam, was among the Buddhist dignitaries who welcomed Hanh at Da Nang International Airport.

“He looked radiant and seemed to be in good spirits after landing,” Phong said. “I think his health and morale is good!”

Thich Nhat Hanh previously expressed his wish to visit his home country to rest and refresh after recovering from a stroke in 2014.

Hanh was put in intensive care in France in late 2014 after suffering from a brain haemorrhage, and was hospitalized for several months.

The Zen master has reportedly been in Thailand since December last year before boarding the flight back to Vietnam, according to local news site VnExpress.

“Everybody was delighted that the application [for Hanh’s visa] was processed and approved so quickly, in just one day,” said Venerable Thich Thanh Phong. “It was beyond our expectations.”

In Da Nang, Thich Nhat Hanh will rest at the Mangala Zen Garden Resort for a time before traveling to his hometown in the neighboring city of Hue.

During his three-month stay in Vietnam, the Buddhist monk is set to pay visits to several pagodas, including the Tu Hieu Pagoda in Hue where he first practiced Zen as a teenager.

Hanh has written dozens of books, including many published in English, and has followers around the world.

Hanh last returned to Vietnam in 2008, when he met with Buddhist followers and offered prayer requiems for those killed in the war.