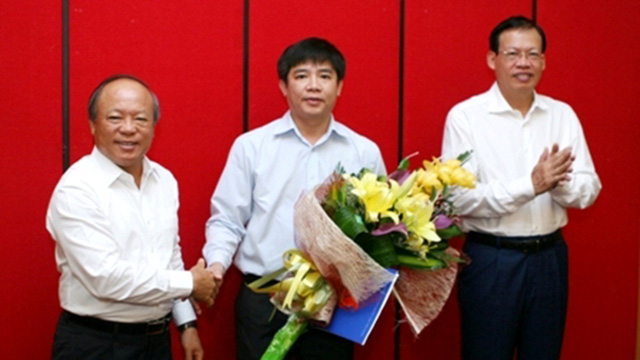 Police have arrested and launched legal proceedings against the chief accountant of state-run PetroVietnam for misconduct resulting in enormous losses, a source close to Tuoi Tre (Youth) newspaper said on Tuesday.

Le Dinh Mau, who started working at PetroVietnam in 2003, is being detained by the investigation agency under the Ministry of Public Security on charges of “intentionally violating state regulations on economic management with severe consequences.”

Mau’s family has been briefed of his arrest, according to officers.

Mau, born in 1972, is also head of PetroVietnam’s accounting and audit department.

The PVC case involves other ex-leaders including Vu Duc Thuan and Trinh Xuan Thanh, who fled the country in September 2016 but eventually returned and turned himself in to police in August.

Mau is being investigated for violations of financial regulations at the Thai Binh 2 thermal power plant project, located in the namesake province in northern Vietnam.

The project is managed by a PetroVietnam-run management board.

Also on Tuesday, the investigative police agency initiated legal proceedings, without an arrest warrant, against three other PetroVietnam officials on the same charges of “intentionally violating state regulations on economic management with severe consequences.”

The three are Vu Hong Chuong and Tran Van Nguyen, the former head and chief accountant of the management board of the Thai Binh 2 project, and Nguyen Ngoc Quy, former deputy chairman of PVC.

Mau and the three officials have been found to have violated financial regulations after advancing a huge amount of money for the thermal power project, which later became losses.

PetroVietnam transferred US$8.2 million and more than VND1.317 trillion ($57.26 million) to the management board of the Thai Binh 2 project, even though the bidding EPC (engineering, procurement and construction) contract for the project was yet to be signed, according to the Vietnam News Agency.