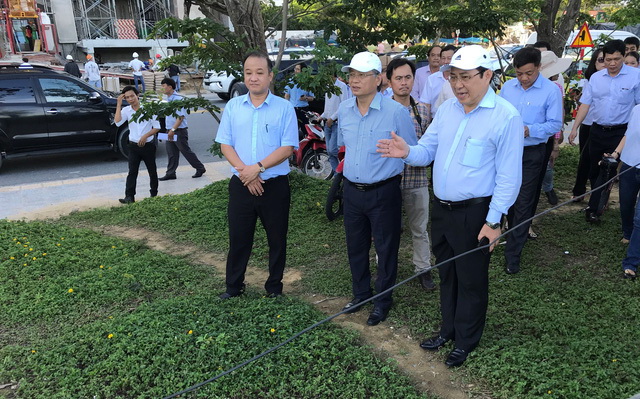 -- Over 100 delegates attended a meeting held on Saturday in Ho Chi Minh City to commemorate the 50th anniversary of Vietnam and Cambodia’s diplomatic ties and mark the Vietnam-Cambodia Friendship Year in 2017.

-- An increasing number of youths in Mekong Delta provinces have taken to an emerging trend of working abroad, including Japan, for good pay.

-- The Ministry of Transport on Saturday directed that fees be cut by 20 percent at a toll station built under the build-operate-transfer (BOT) mechanism on a section of National Highway 1 that runs through Bien Hoa City, approximately 30km from Ho Chi Minh City, following drivers’ resentment at the exorbitant toll.

-- A forest ranging official in Hue City, the heart of central Thua Thien-Hue Province, revealed rangers were working with local police to investigate an incident in which a special-use pine forest in An Tay Ward had been chopped down.

-- Ninety out of 120 stalls at a Vietnam-Japan cultural and trade exchange program, to run in the Mekong Delta city of Can Tho early November, will feature products, including robots and smart gadgets, and services from providers in the two countries.

-- The Asia-Pacific Economic Cooperation (APEC) forum, to take place in the central city of Da Nang from November 6 to 11, will be a precious opportunity for over 600 local resorts and hotels to cater to approximately 10,000 delegates, the APEC secretary board asserted at a working session on Saturday.

-- Twelve internationally award-winning animation shorts as part of a French cartoon festival will be featured in Hanoi on Monday (October 9) following the screenings in Ho Chi Minh City on Wednesday and Saturday.