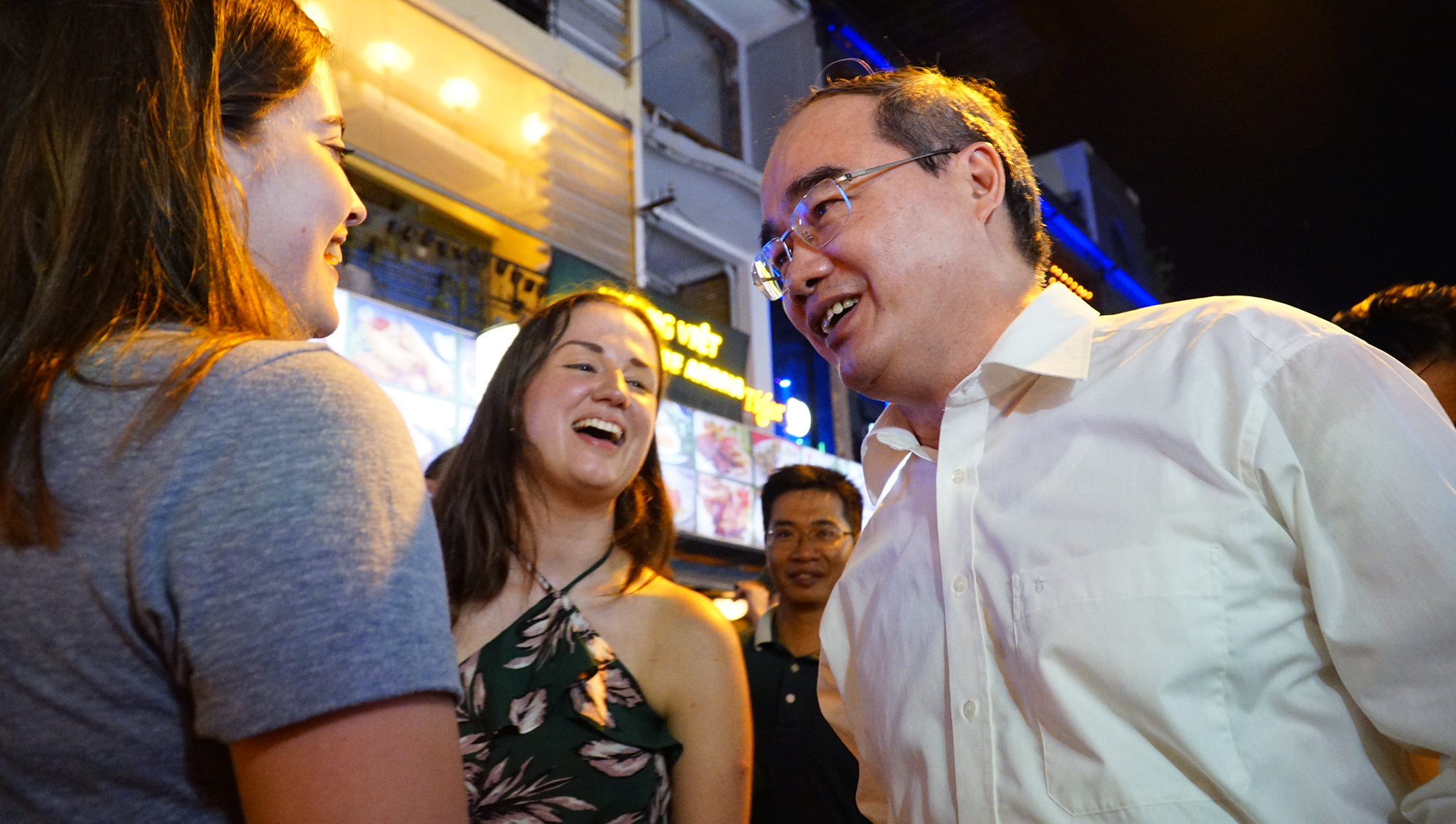 Bui Vien Street, in downtown District 1, is known among the expat community as the city’s ‘backpacker area’ famous for its night life.

The street was officially transformed into a pedestrian-only road on weekends on August 20, following a month-long trial banning vehicles that was embraced by locals and tourists alike.

On Sunday night, Nhan paid a surprise visit to Bui Vien to gather first-hand feedback from foreign visitors about their impression of Vietnam and Ho Chi Minh City.

The Party chief spoke in fluent English and German with foreigners, thanks to his education in Germany and the U.S.

Prior to visiting Bui Vien, Nhan had also dropped by recently opened food streets on Nguyen Van Chiem Street and at the Bach Tung Diep Park in District 1.

The food streets were established to house former street vendors who were forced off the city’s sidewalks during a months-long crackdown headed by Doan Ngoc Hai, deputy chairman of District 1.

According to the municipal Department of Tourism, Nhan expects to gain valuable first-hand experience from his survey trip across the notable downtown tourist areas, based on which future tourism projects will take shape.

The city has been putting great effort into rebuilding its tourism strategy to meet the ambitious target of welcoming seven million foreign visitors by the end of 2017.

Ho Chi Minh City received 5.2 million foreign holidaymakers in 2016 and experienced a 15 percent jump in tourist numbers during the first quarter of 2017.