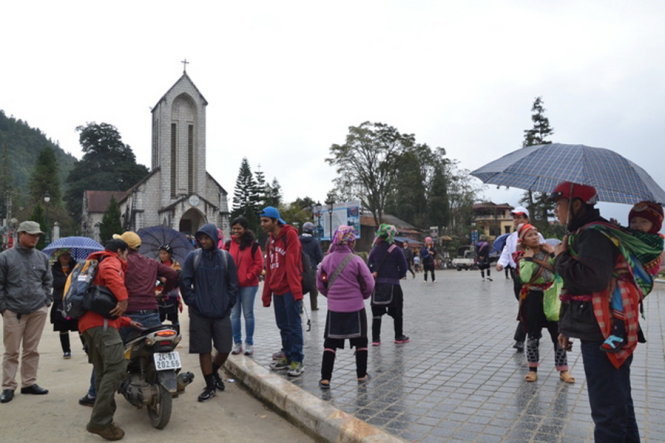 Tropical Storm Khanun is expected to weaken into a tropical depression before reaching mainland Vietnam, however, a cold spell will cause a drop in temperature in most northern provinces.

According to the National Center for Hydro-meteorological Forecasting, as of Monday morning the typhoon was above China’s Leizhou Peninsula.

It is forecast to weaken into a tropical depression by around 4:00 pm, when it is expected to be 130 kilometers southeast of Bach Long Vi Island off the northern Vietnamese city of Hai Phong.

Wind speeds are expected to be between 40 and 60km an hour, the weather center said, adding that Khanun would travel southwest and continue to weaken into a low-pressure zone.

Under the combined effect of the storm and a cold front from the north, rainfall of between 50 and 100 millimeters is anticipated in northern and north-central Vietnam until the end of Tuesday.

Rough seas are also forecast near the Gulf of Tonkin and along the coastline of north-central Quang Tri Province to central Quang Ngai Province.

Temperatures in the northern provinces began to drop on Monday to an average of 20 to 22 degrees Celsius, and to about 15 to 17 degrees Celsius in mountainous areas.

Hanoi will experience average temperatures of between 19 and 21 degrees Celsius, according to the bureau.

Temperatures in the tourist town of Sa Pa, in Lao Cai Province, are calculated to drop to between 10 and 12 degrees Celsius.