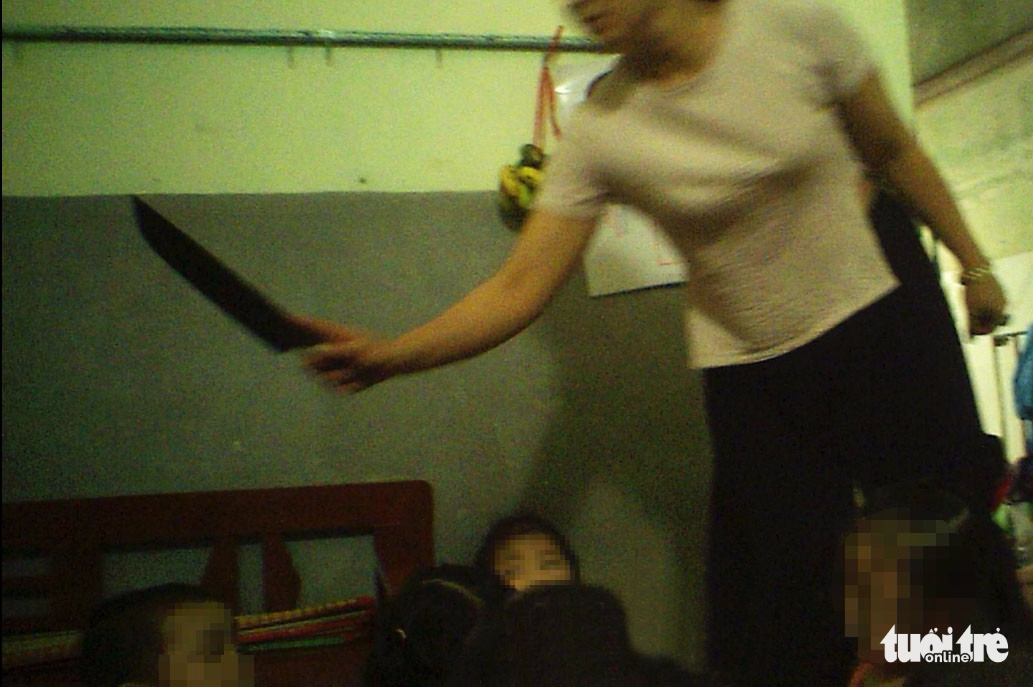 Workers at a daycare center in Ho Chi Minh City have been caught physically abusing dozens of children.

The venue is owned by Pham Thi My Linh, who is over 40, while the two assistants Quynh and Dao, both in their 20s, are also involved in the physical abuse.

The place often provides care for 30 to 40 children between two and five years old, whose parents are mainly factory workers of local companies.

One morning, Linh was seen repeatedly hitting a young boy in a classroom while teaching him how to properly bow to teachers.

Even when the kid followed her instructions, Linh continued beating him despite his crying.

On the afternoon of the same day, the daycare manager was spotted slapping another boy on his head, before lifting him by the arm to take him to his seat.

This video contains images that may be disturbing to some readers. Viewer discretion is thus strongly advised.

During a recess, Linh beat a boy and a girl while they were playing, causing them to weep.

On another morning, the violence continued as Linh was feeding some of the kids.

“Don’t you dare vomit. I will hit you. Remember?” Linh threatened a young girl after slapping on her cheek.

About 10 minutes later, another girt burst into tears for an unclear reason.

She cried louder as Linh hit her head and face. The woman then violently lifted her up and brought her to another room.

Linh has been caught physically abusing the children during meals, bath time, and before nap time.

In one instance, the woman was seen holding a big knife to threaten them as she told them to eat properly.

Meanwhile, Quynh and Dao use a variety of objects, from sandals, wooden sticks, spoons, to combs and brooms, to “teach” children at the daycare venue.

They hit the kids in the palms and soles if they are too mischievous.

Slapping is their common way to keep the kids quiet at the facility.

“If they make noise, slap them until they shut their mouth,” Linh told her assistants.

Following the revelation by Tuoi Tre correspondents, an official from the People’s Committee in Hiep Thanh Ward said that the administration has coordinated with the Office of Education and Training in District 12 to examine the Mam Xanh daycare place.

The facility operates with a legitimate license, the official continued, adding that no complaint from local residents was previously submitted.

After watching a Tuoi Tre video of her abusing the kids, Linh admitted that her action was “very wrong,” claiming that she had lost control in a “fit of anger.”