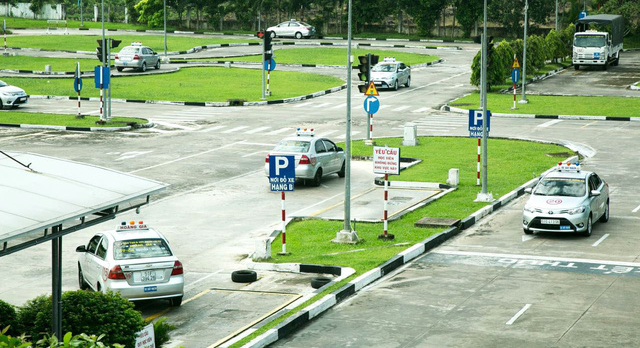 Demand for driver education in Ho Chi Minh City surged in 2017, mostly as a result of news that car prices would drop in 2018 following the scrapping of several import duties.

The surge extended to both the number of people attending driving schools and those sitting driving tests, according to statistics from the Ho Chi Minh City Department of Transport.

There are currently 70 institutions across the city offering driver education, with two more approved for later this year.

Vo Trong Nhan, head of the examination and licensing division under the municipal transport department, attributed the trend to the recent forecast that cars were to become significantly cheaper in Vietnam thanks to the lifting of several import duties.

Local consumers have been eagerly awaiting cheaper cars after Vietnam confirmed that it would scrap taxes on several kinds of fully imported, or completely built up (CBU) cars with origins inside the ASEAN zone.

Previously, a 30-percent tariff was imposed on these kinds of vehicles.

The change took effect on January 1, 2018, following a government decree in December that made official the earlier agreement among ASEAN member states.

ASEAN is a political and economic organization whose current members include Brunei, Cambodia, Indonesia, Laos, Malaysia, Myanmar, the Philippines, Singapore, Thailand, and Vietnam.

In 2009, its members signed the ASEAN Trade In Goods Agreement (ATIGA), which created a timeline for the gradual reduction of import tariffs among the member countries until 2018, including taxes on imported motorized vehicles.

Vietnam imported 94,000 CBU units – vehicles manufactured and assembled in their country of origin – in 2017 at a total cost of US$2.154 billion, according to the General Statistics Office.

The transport department of Ho Chi Minh City estimated that as of September 2017, over 8.1 million vehicles of all kinds, including motorbikes, were registered in the city.

The number does not account for vehicles registered in other provinces that are regularly use the southern city’s streets.