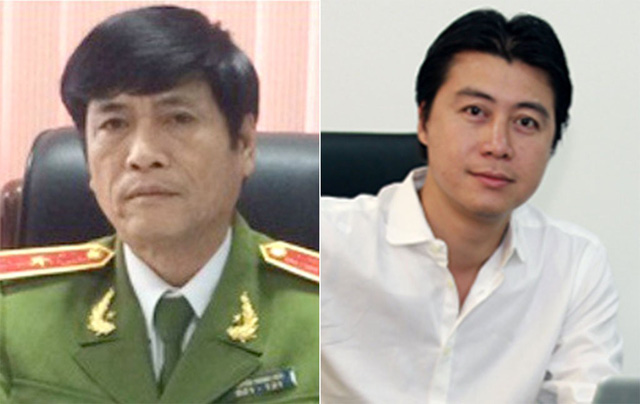 The state president of Vietnam has stripped a senior policeman of his title due to his involvement in a large-scale online gambling ring.

Major General Nguyen Thanh Hoa, former head of the hi-tech crime prevention division under the Ministry of Public Security, had his ‘People’s Police’ rank removed by the head of state on Sunday, following his arrest on the same day.

Hoa is expected to be held in custody for four months to assist the investigation into his participation in an online gambling ring that is worth trillions of dong (VND1 trillion = US$44 million).

The Department of Police in the northern province of Phu Tho was previously tasked with dealing with the case.

The arrest warrant has been approved by the provincial People’s Procuracy.

Hoa was born in 1958 in the south-central province of Binh Dinh.

Before becoming the head of the hi-tech crime prevention division, the policeman worked in the Ministry of Public Security’s economic police department.

In late 2017, Hoa was suspended from work to have his alleged violations reviewed. He then requested to be admitted to the hospital for treatment of his illness.

The police official was staying at the 198 Hospital in Hanoi prior to his apprehension.

According to the Ministry of Public Security, Hoa was arrested for being involved in the case of organizing gambling, online gambling, illegal sale of invoices, and money-laundering in Phu Tho and some other provinces and cities.

Following over six months of investigation, officers determined that Hoa and many other suspects had organized their gambling activities via two websites with hundreds of regular ‘customers.’

In September 2017, police in Phu Tho Province broke up the online gambling ring and have initiated legal procedures against more than 70 suspects involved in the case.

Investigators considered that the case is highly serious as several police officials also participated in the ring.

Officers were able to capture Nguyen Van Duong, a Hanoi resident, who was determined as one of the ring leaders.

Phan Sao Nam, former chairman of the management board of VTC Online, a subsidiary of the Vietnam Television Corporation (VTC), was another mastermind behind the illegal operations.

Nam attempted to flee but was eventually nabbed by competent authorities.

Both Nam and Duong are facing charges of organizing gambling, which can carry a jail sentence of between three and ten years.

The investigation revealed that the two suspects had opened a firm specializing in the importation of technology equipment, which was used as a cover for their online gambling operations.

In order for the ring to ‘survive,’ Nam and Duong approached Hoa and asked for his cooperation.

The police official agreed to abet the illicit activities.

A source close to Tuoi Tre (Youth) newspaper said that the ring had been organizing online gambling across nations.

Competent authorities have so far confiscated more than VND1.3 trillion ($57.2 million), while the amount of foreign currency which was sent overseas via the gambling activities was estimated at $3.6 million.