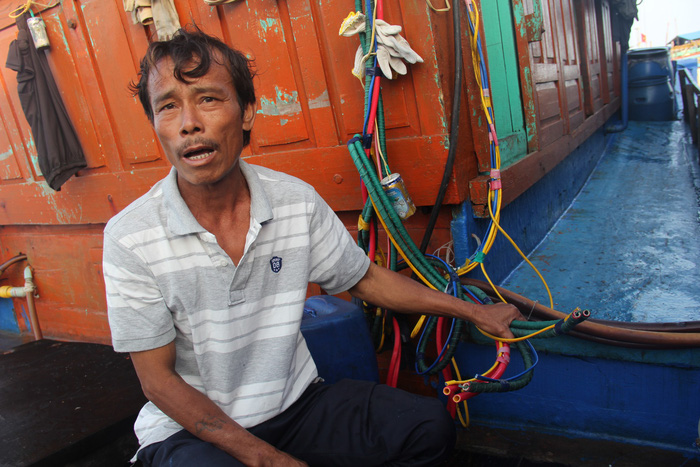 Two Vietnamese fishing ships have reported to a local border guard unit that they were on Thursday ambushed by Chinese vessels and robbed off their fishing equipment while operating near the Hoang Sa (Paracel) Islands in the East Vietnam Sea.

The unprovoked attack happened at around 10:00 am off the Da Loi (Discovery) Reef in Hoang Sa, according to the border defense unit of Quang Ngai Province in south-central Vietnam.

The Vietnamese ships, QNg 90045 and QNg 90440, were taking shelter from strong winds near the reef when they were approached by two white vessels flying Chinese flags.

The hostile vessels rammed into QNg 90440 captained by Dang Bi, damaging it badly.

Swiftly after the initial attack, eight Chinese men in military uniform armed with guns and batons boarded a rubber watercraft to approach the Vietnamese ships.

After forcing their way onto the ships, the Chinese attackers lured unarmed crew members to the bow started destroying several pieces of fishing equipment aboard.

They also took away some equipment and fish caught by the Vietnamese fishermen.

The victims managed to get ashore in Quang Ngai on Friday afternoon, and immediate filed a report about the attack to the local border guard unit.

Chinese attacks on Vietnamese vessels fishing legally in the East Vietnam Sea are not uncommon.

Last week, a vessel from Quang Ngai was also ambushed and had its fishing equipment destroyed by Chinese men while operating near the Tri Ton (Triton) Island in Hoang Sa.