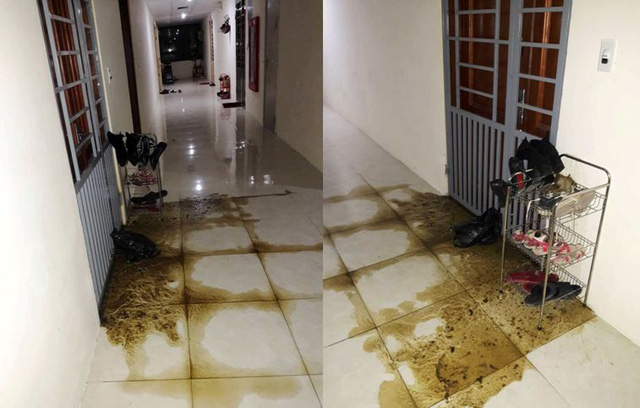 A man in the north-central Vietnamese province of Nghe An has been arrested for throwing cow dung at a local reporter’s apartment.

Police officers in Vinh City, Nghe An Province, affirmed on Wednesday they had taken Hoang Khac Cong, 56, into custody for disturbing public order.

Cong is accused of throwing cow dung at the residence of Dang Thi Cam Tu, a 35-year-old reporter for Thoi Dai newspaper, known in English as The Vietnam Times.

The newspaper is under the management of the Vietnam Union of Friendship Organizations.

On the morning of April 1, Tu was holding a funeral for her late father when a neighbor at the CT2B apartment building informed her that a large amount of cow dung had been dumped in front of her home.

Tu then reported the incident to police officers, stating she lives at the apartment with her child and has never had a conflict with her neighbors.

The journalist added that the incident might have arisen from an article she wrote about land violations committed by a brick and tile company in Thanh Chuong District.

Tu has received multiple threatening phone calls and text messages since the article was published on March 30.

On April 6, Tu’s house was once again the target of dung dumping.

Competent authorities were able to identify and arrest the suspect after reviewing footage from a security camera within the apartment complex.

In the video clip, Cong was covered with a rain poncho and holding a white bag, which appeared to contain the cow dung.

The man threw the bag at Tu’s apartment before making his escape via the elevator.

According to Cong’s statements, a person from the brick and tile firm previously asked him to contact Tu to demand that she stop publishing articles about the business.

When the reporter refused to cooperate, Cong decided to throw manure at her house.

Competent authorities are coordinating with Thoi Dai to deal with the case and protect the journalist’s rights.