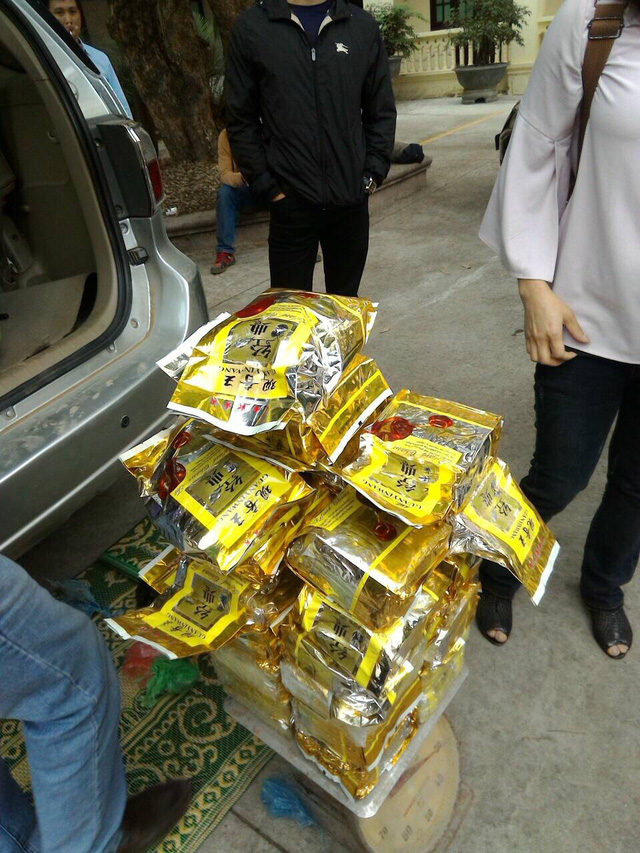 Vietnamese police announced on Thursday that they have confiscated around 30 kilograms of methamphetamine hidden in tea packages in northern Vietnam.

A drugs squad from the Ministry of Public Security discovered a ring moving meth from northwestern Vietnamese regions to central north areas and finally to Ho Chi Minh City.

Nearly 20 policemen in plain clothes stopped the white Toyota Fortuner, which they had identified as the means of transport used by the ring, in an ambush in the northern province of Ninh Binh.

Having subdued the driver, Phang A Nha, the team found meth contained in 29 packages of tea that collectively weighed about 30 kilograms.

The 45-year-old driver said he purchased the substance from a Laotian and intended to sell it at US$7,500 per kilogram to another man identified as Nguyen Van Ve, 46, residing in the neighboring province of Nam Dinh.

Police later found and caught Ve, seizing US$400,000 in cash from him.

The two men have been detained on charges of buying and selling drugs.