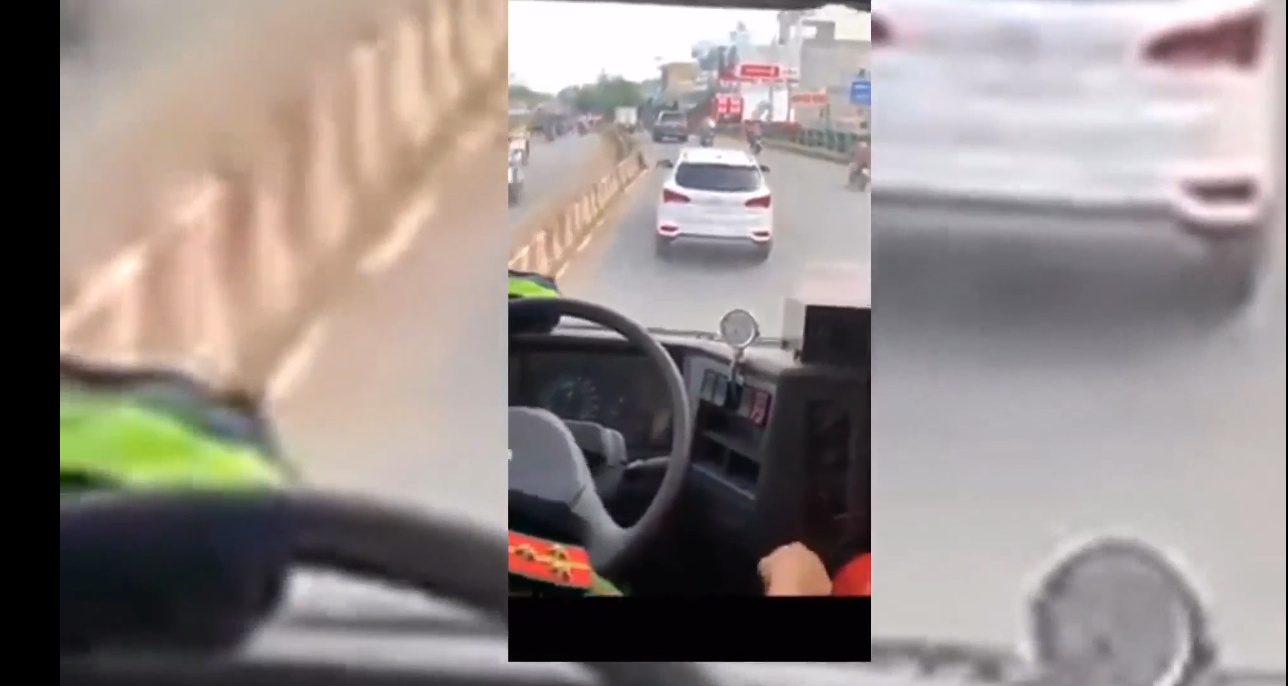 A fire engine with its wailing siren and impatiently repeated honks was impeded by a white car running at high speed on what was later identified as Le Van Khuong Street in the suburban district of Hoc Mon in Ho Chi Minh City, according to a one-minute video.

A policeman told Tuoi Tre (Youth) newspaper that six fire trucks and several dozen firefighters were dispatched to contain a fire in an emergency call-out on Monday morning.

But one of the vehicles was stubbornly blocked by the car while moving on Le Van Khuong, prompting the driver to make long hoots in rapid successions although the siren was already blaring.

The fire truck could overtake the car only after being obstructed for four kilometers, the police officer said.

The incident was captured on video by a frustrated fireman, the officer said, adding that several other drivers also deliberately refused to give way to the fire engine.

The fire did not cause any serious damage.

Under Vietnamese law, those failing to give way to an on-duty emergency vehicle shall be fined VND2-3 million ($88-132) and may additionally have their driver's license revoked for one to three months.

A car refuses to give way to a fire engine in Ho Chi Minh City, Vietnam, July 9, 2018, in this video taken from Facebook.