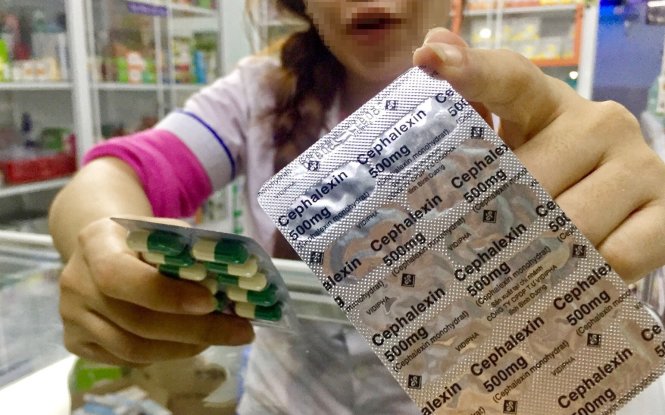 ​Vietnam to apply technology in management of over-the-counter medicine

Vietnam’s Ministry of Health is piloting the application of technology in the sale of medicine to tighten its management of over-the-counter drugs.

The plan was initiated after Deputy Prime Minister Vu Duc Dam put a spotlight on the lax management of non-prescription medicine during a conference last week.

According to Minister of Health Nguyen Thi Kim Tien, Vietnam is among a few countries in the world that allows the sale of medicine without requiring a doctor’s prescription, which compromises drug safety and effectiveness.

Easy purchase of antibiotics has raised concern over high risk of antibiotic resistance within the community, Tien elaborated, adding that the issue also caused problems regarding medicine prices.

The health ministry has been working in recent years to establish a detailed plan on tightening management of over-the-counter drugs.

Technology application is the latest move to deal with the problem, the official stated.

The scheme has been piloted in the northern provinces of Vinh Phuc, Hung Yen, Nam Dinh, and Phu Tho, Tien stated, adding that a system has been created and connected with nearly 4,200 drug stores in the localities.

About 22,000 receipts issued by these facilities have been recorded into the system, she continued.

After being connecting with the system, a pharmacy is asked to update all the medicine it has sold and products kept in its inventory, along with prices and origins of the drugs.

Thanks to this plan, competent authorities will be able to detect whether the medicine has passed its expiration date and if a drug store is overcharging or selling drugs without a prescription.

One of the biggest challenges is that drug stores may risk losing their customers for refusing to sell non-prescription medicine, as this has been a deep-rooted habit among many Vietnamese citizens, Tien remarked.

About one-third of nearly 62,000 drug stores across the country do not have Internet access, which will be difficult to be connected with the management system.

The ministry will take certain steps to deal with the challenges before carrying out the plan nationwide as it is urgent and necessary given the current situation, the health official asserted.

It will also carry out more inspections and impose stern punishment upon those facilities selling drugs without prescription, she added.